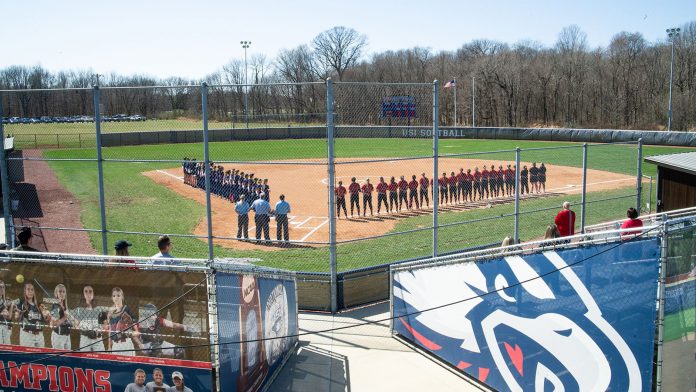 The Eagles (43-10), who won their fifth Great Lakes Valley Conference Tournament title and first since 2017 Sunday, square off against No. 8 seed Saginaw Valley State University Thursday at 2:30 p.m. in game two. The opening game, scheduled for Thursday at noon, features the No. 4 seed, Lindenwood University, taking on the No. 5 seed, Drury University.

If the Eagles come out of their half of the bracket, they’ll face the winner of the NCAA II Midwest Region #2 Tournament May 19-20 at the USI Softball Field.

The University of Indianapolis garnered the No. 2 seed and is hosting the NCAA II Midwest Region #2 Tournament. UIndy faces the No. 7 seed, the University of Findlay, in the opening round, while the No 3 seed, Grand Valley State University, takes on the No. 6 seed, Ohio Dominican University, in the other first-round contest.

Tickets for this weekend’s regional are $5 for adults and $3 for college students with valid ID and youth (ages 3-17). All games will be streamed live on the GLVC Sports Network, while USI’s games also will be carried on 95.7 The Spin as well as ESPN 97.7 The Ref. Live stats , audio and video links will be available on GoUSIEagles.com.