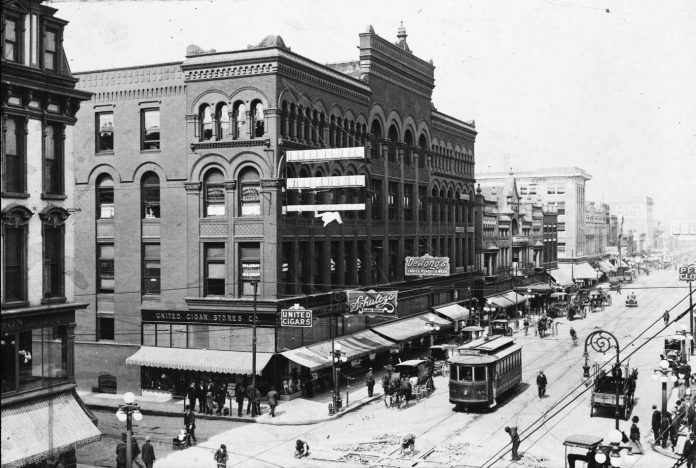 Located at Third and Main streets, this imposing building housed two longtime merchants that serviced generations of Evansville shoppers. The structure sat on the site of an early Vanderburgh County courthouse, which was razed to make room for it in 1892. 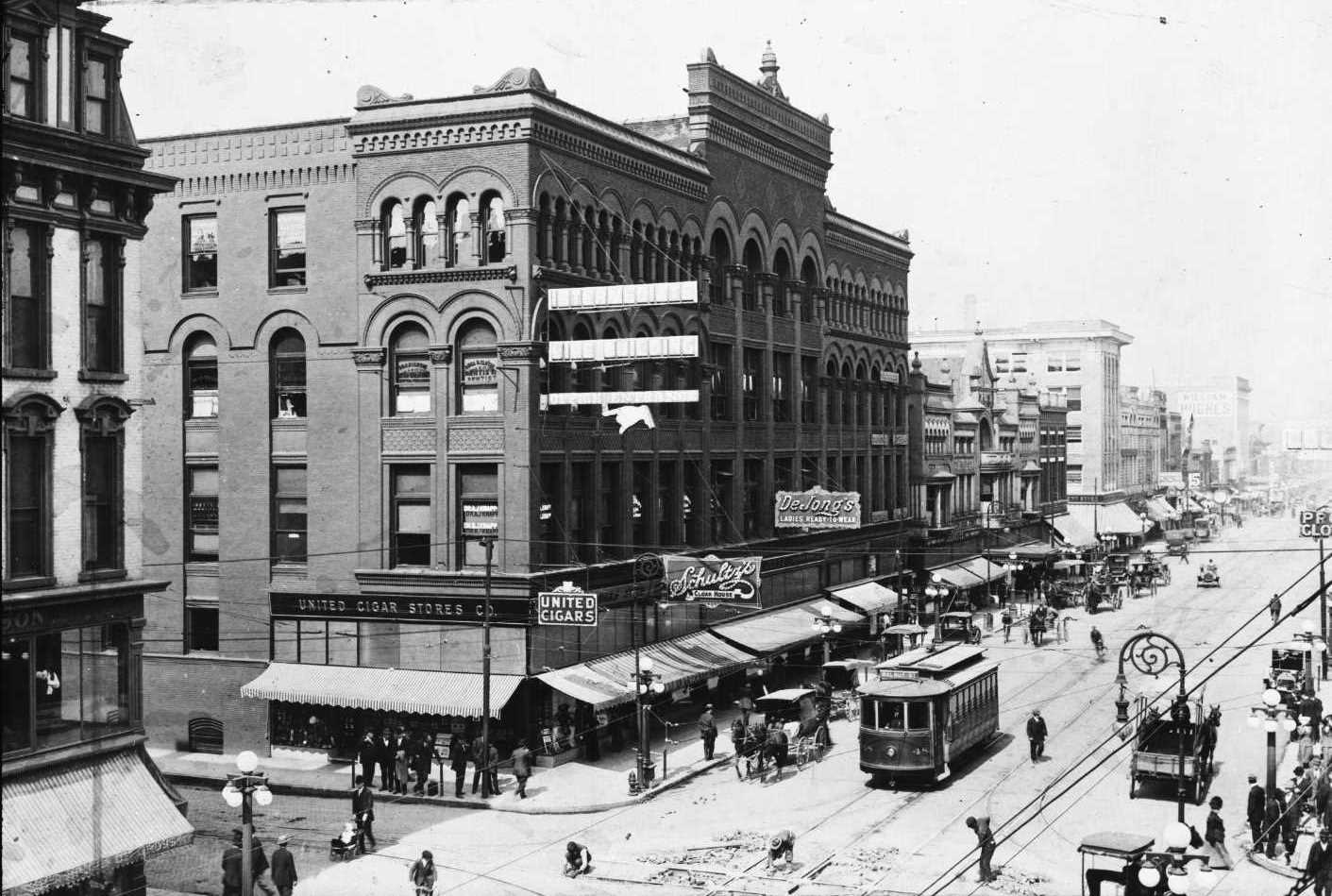 The corner section housed Schultz’s Cloak House, which opened in 1905. Adjacent to Schultz’s was DeJong’s, another upscale women’s clothing store, which had opened in 1896. That business remained in the hands of the DeJong family until 1969, but the store continued to operate for many years, finally ending its run at Eastland Mall in the 1990s.

Several fires in this block transformed the building’s appearance over the years. A major fire in March of 1984 destroyed Schultz’s and the store never re-opened. A modern condo development now occupies the site.