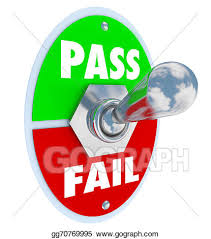 Indiana Lawmakers Promised Teachers Wouldn’t Be Judged By Test Scores. But They Still Are

Or so it seemed.

In fact, how students perform on standardized tests could still contribute to their teachers’ annual reviews.

Lawmakers left in a provision that would penalize teachers if students show low growth on state test results — what it calls a “negative impact.”

But education leaders say the stipulation is too confusing: Many feel it goes against the intent of removing test scores from teacher evaluations.

Without a change, education officials say teachers who would otherwise rate as “effective” or “highly effective” could be blocked from receiving positive evaluations if they are deemed to negatively affect student growth — which could keep them from receiving state-funded bonuses or pay raises through their local contracts.

“All of us seem to agree that evaluating people in this manner is not the appropriate thing to be doing,” said Jennifer Smith-Margraf, vice president of the Indiana State Teachers Association. “This whole thing has been very confusing to a lot of us.”

“All of us seem to agree that evaluating people in this manner is not the appropriate thing to be doing,” said Jennifer Smith-Margraf, vice president of the Indiana State Teachers Association. “This whole thing has been very confusing to a lot of us.”

Smith-Margraf said she believes still including test scores amounts to a “misinterpretation” of the recent change in law, which marked a step away from the tough accountability practices popular in the previous decade.

It’s not clear how the state would determine that a teacher is negatively affecting students, and almost all Indiana teachers rank in the top two categories anyway. Just 1.2% of teachers were deemed to need improvement in 2018-19, according to state data, and 0.2% were rated “ineffective.”

As districts this fall outline how they will evaluate teachers, the state provision will also likely have little effect because the state temporarily suspended how it uses standardized tests for accountability. The suspension, known as a “hold harmless” measure, prevented schools and teachers from being affected by lower test scores in the past two school years due to the introduction of a new test, ILEARN. Students also didn’t take tests this past spring during the pandemic.

The education department is discussing how this measure could affect teacher evaluations after next spring’s tests, spokesman Adam Baker said.

“To be honest, I can’t wrap my mind around all of that,” Sloan said.

She said the union will push for legislation to change the language. But she’s unsure if legislators actually want to change it.

State board spokeswoman Molly Craft said the board’s staff attorneys do not see a conflict with the definition of negative impact and the law.

“It looked great on paper, but we told them early on that it didn’t really solve the problem,” she said.