The University of Evansville will dedicate its new Interfaith Peace Bell on Thursday, August 9 at 3:00 p.m. between Ridgway University Center and the Bower-Suhrheinrich Library. Evansville’s interfaith community will participate in the event, which is open to the public.

UE’s International Peace Pole will also be rededicated at its new location near the west side of Memorial Plaza. The peace pole was originally dedicated to the University of Evansville by the International Students Club in 2002.

With the installation of the Interfaith Peace Bell, the University has created a new focal point on campus dedicated to peace and reconciliation.

“The bell is a symbol of the University’s commitment to making the world a more peaceful, understanding, and compassionate place,” explained Tammy Gieselman, University Chaplain. “It will ring to commemorate significant campus and community events and will symbolize harmony and goodwill at UE. The Peace Bell will be a constant reminder for us to work for peace together, as a campus community.”

The bell was cast at the White Chapel Bell Foundry in London, England. An appropriate choice as the University of Evansville’s Harlaxton College is located in Grantham, England.

“UE’s Interfaith Peace Bell will also serve as a visual and aural symbol of the University’s strong connection with England and our beloved Harlaxton College,” noted Gieselman.

UE’s Interfaith Peace Bell is a copper and tin cast, 24¼” diameter bell and weighs 322 pounds. It is accurately and harmonically tuned on the five-tone principal to note F. Its deadstock is made from Iroko, a large hardwood from the west coast of tropical Africa. One side of the bell is inscribed “Yearn for Peace,” and the other side reads “Work for Peace.” The bell’s pedestal is made of solid granite, weighing 8,247 pounds and is modeled after UE’s Olmsted Administration Hall bell tower.

UE’s Peace Bell was one of the last bells to be cast at the historic White Chapel Bell Foundry before it closed permanently in May 2017. It was Britain’s oldest manufacturing company, stretching back to 1570. It was responsible for many acclaimed bells worldwide, including London’s Big Ben, Philadelphia’s Liberty Bell, and bells for the National Cathedral in Washington, DC. The foundry also made a tribute bell one year after 9/11, the Bell of Hope, as a gift from the people of London to the people of New York City. 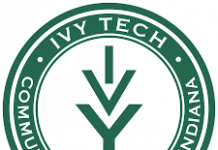