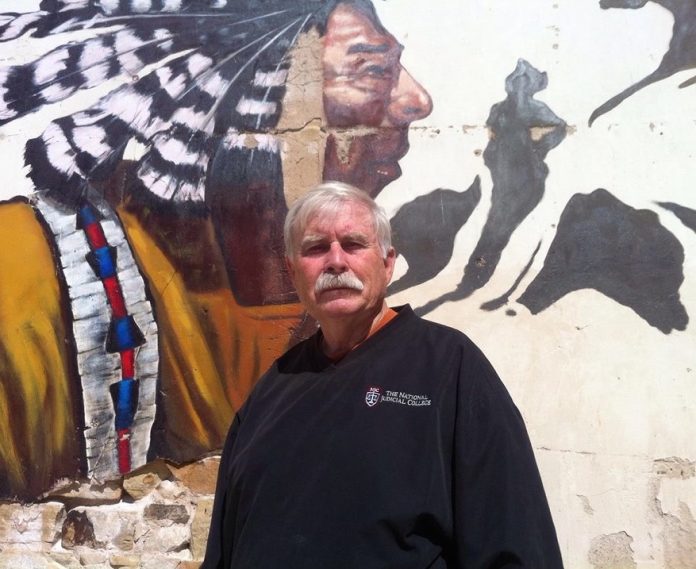 TO BECOME A JUDGE

Peg and I are about halfway through our assignment working with the judiciary in the country of Georgia. You probably already know that Georgia lies between Russia, Turkey and a to Georgia’s west the Black Sea. It has an ancient history of colliding cultures and proclaims that due to its geographical location along the major trade route between Europe and Asia it is, “[T]he most invaded the country on earth.”

Peg and I have been awed by the beauty of the Black Sea and Georgia’s Caucasus Mountains which can reach over 18,000 feet high. We have also found the Georgian people in the city of Batumi where we work and live to be amazingly hospitable.

One of my duties is to work with the judges in the Batumi and the surrounding Adjara region and to share my experience with America’s legal system with law students who are preparing to practice law and preside over the courts. In that regard, I have been asked to speak with fourth-year law students (law school is four years in Georgia).

The law school, the Shota Rustaveli Batumi State University, has asked me to address the members of the fourth-year class on the issue of becoming and being a judge. As I have now spent over 41 years as an American judge I have had some time to reflect on these esoteric matters. As Fareed Zakaria might say, the following is “My take” on what it requires to be a good judge and how we can avoid electing or appointing bad judges. The university has invited me to speak on December 09, 2022 because that is the global celebration of Humans Rights Week and judges everywhere have the opportunity to impact Human Rights. Following is some of what I plan to tell the potential future judges. Of course, the principles of judging are universal, not just applicable in Georgia:

“This is Human Rights Week. My wife Peg and I are honored to be invited to exchange thoughts with you on issues of Human Rights. First, let me congratulate you on your choice of law as a life’s work. In my family, we have 3 lawyers and one judge. One of my older brothers who was already practicing law when I was deciding which career path to follow told me, “If you want to make a positive difference, the legal profession is where you can do the most good for the most people.” And within the legal profession, judges have many opportunities to make the world a better place. I commend the role of a judge for your consideration.

Not only can you become a judge, but you can become a judge when the whole world is at the crossroads of great challenges and opportunities. Your generation has the opportunity to serve at one of those great historical times that can truly change your communities, your country, and, perhaps, the world for the better including helping to ensure Human Rights.

The law imposes upon judges the legal duties that judges are supposed to execute. However judges of good character do not need laws to make them perform their duties. The ideals of Georgia’s citizens are set forth in the Preamble of Georgia’s Constitution of 2020:

“We the citizens of Georgia – whose firm will it is is to establish a democratic social order, economic freedom, and a legal and social state, to secure universally recognized human rights and freedoms, and to enhance state independence and peaceful relations with other peoples – drawing on the centuries-old traditions of the Georgian nation and the historical and legal legacy of the Constitution of Georgia of 1921, proclaim this constitution before god and the nation.”

These principles that guide Georgia’s judges are remarkably similar to the foundation upon which the United States of America was founded. The Preamble to America’s Constitution provides:

“We the People of the United States, in Order to form a more perfect Union, establish Justice, insure domestic Tranquility, provide for the common Defence, promote the general Welfare, and secure the Blessings of Liberty to ourselves and our Posterity, do ordain and establish this Constitution for the United States of America.”

It appears the goals of justice and preservation of Human Rights know no time or borders. Neither do the characteristics that produce good judges. Good judging is a complex duty that calls for judges of high character who often must choose between an easier wrong and a harder right in their service both on and off the bench. A good character has always been the most important qualification for a judge. As Socrates told his Athenian judges 2,400 years ago, “your duty is to do justice, not make a present of it.” Socrates set forth four essential elements of judging:

Without good character no one can be a good judge. With good character, a judge is likely to produce a just decision regardless of the judge’s other qualities. And while the American Bar Association Model Code does not use the term “character”, the character is what is required by each of the canons of the Model Code.

That good character is the hallmark of a good judge and is not news. Socrates was the founder of the Classical school of legal philosophy. Judges may also refer to St. Thomas Aquinas (1205-1274) who about 1,000 years after Socrates postulated that all humans were created equal by god and therefore under Natural Law should be treated equally by the legal system.

Another philosopher the good judge may wish to study is Thomas Hobbes (1588-1679) whose Social Contract theory of government theorized that people of a certain culture agree to laws that mutually benefit all citizens so all should obey them.

Then Immanuel Kant (1724-1804) developed his Categorical Imperative which is a Golden Rule type of legal theory. Kant’s near contemporary, John Stuart Mill (1806-1873), expanded on the Categorial Imperative in his Utilitarianism, whereby the judge should be guided by whatever is the greater good.

The important thing for judges is to keep an open and inquisitive mind as different factual scenarios play out in the court. A good judge should consider the ramifications of her or his decisions both to the parties in court and society at large. Judges should follow the guidance given by the legal theorist Oliver Wendell Holmes, Jr. (1841-1935) who in 1881 in his Common Law advised lawyers and his fellow jurists to not be mechanical in deciding cases:

“The law embodies the story of a Nation’s development through many centuries and it cannot be dealt with as if it contained only the axioms and corollaries of a book of mathematics. In order to know what it is, we must know what it has been, and what it tends to become.”

In other words, good judges study what good and bad judging has been for thousands of years and apply the wisdom of the ages to the cases in court. The people who must rely on the judge deserve nothing less.

Thank you for wanting to serve. There is no higher and more challenging calling than judging. I commend it for your consideration. The courts and your country need you; there is much good to be done.”