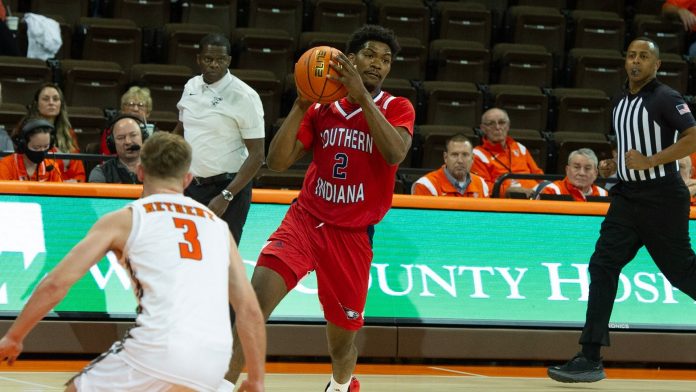 The Eagles and the Falcons would trade buckets and leads until a 9-3 run gave USI a 37-31 advantage. Bowling Green got the final three points on free throws as USI took a 37-34 margin into the break. There were eight lead changes and four ties during the first 20 minutes.

The final 20 minutes saw Solomon and the Eagles take command of the contest in first three minutes. Solomon scored all eight points of an 8-2 run to give USI a 45-36 lead. The lead quick expanded to double-digits, 48-38, when Simmons hit for a three-pointer with 16:53 to play.

As a team, the Eagles forced 16 Falcon turnovers, m