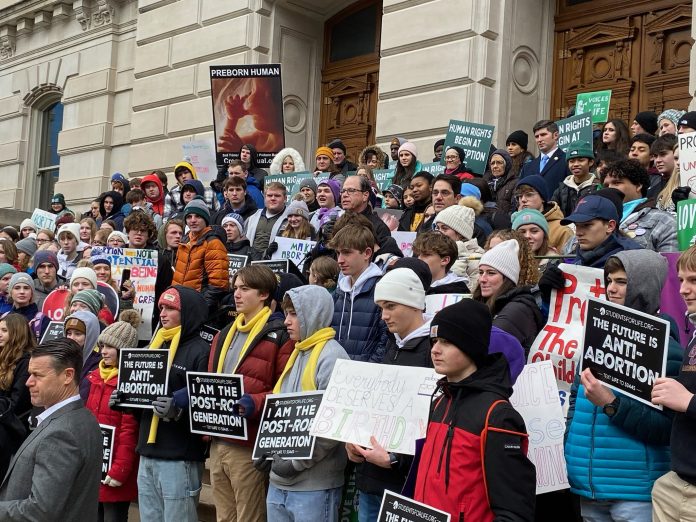 INDIANAPOLIS – Senator Mike Braun spoke at the “March For Life Rally” in Indianapolis today, thanking the crowd for their commitment to defending the unborn and celebrating historic victories for the Pro-Life movement in 2022.

In his remarks, Senator Braun recapped the actions he’s taken in the office to protect the unborn – including confirming Hoosier Amy Coney Barrett as a Justice of the Supreme Court, celebrated the victories the Pro-Life movement has had in the last year and noted that the crowd had more young people than he’d ever seen before.

“I’ll always stand for the unborn,” said Senator Mike Braun. “I’m so proud to join the March for Life today in Indianapolis and to see so many young people fired up to defend the unborn.”