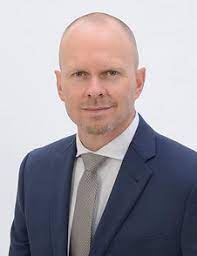 This Is How Patriots Vote

There are no ballots where the best candidates for every race are all Ds or Rs, therefore, to vote straight-ticket, D or R, is to put party before country, which no Patriot would do. It is why I voted for Governor Holcomb in 2020.

Since Tim O’Brien was AWOL all 4 times the public called on him to face me (June 8 at EVPL, Sep 22 at CK Newsome, Oct 13 at EVPL, and Oct 26 at WNIN), voters were denied the opportunity to compare O’Brien’s motivation, experience, and solutions to mine. So, this is for the voters to consider.

Salstrom: 21st-century prosperity of Hoosiers will require us to modernize Indiana government by moving power and resources away from Indianapolis – distributed governance – which starts by amending (or competently enforcing) Indiana Code 5-28-6-1-1-A, then amending IC 36-1-3 to remove several constraints to Home Rule. See more below and at HoosiersforLocalControl.com for details.

O’Brien: per his January 12 press release, “provide leadership on important issues that affect our community, such as the rising cost of health care, infrastructure needs, small business growth, and protecting individual rights.”

Salstrom: works every day to grow businesses in Indiana, from helping launch dozens of high-tech startups to attracting large Defense contractors to support Naval Surface Warfare Center Crane, build new buildings, and work with great Indiana universities; works at every level of government and across jurisdictions; testified to the State Senate on the ROI to the economy for investing in Hoosiers. Previously, I worked for the U.S. Army Infantry, Airborne, Air Assault, etc.; military contractor, including armed support of Federal Law Enforcement; 10 years in Russia and the Middle East, from Track II negotiations on NATO expansion to studying Israeli border security; Ph.D. in terrorism; helped launch Evansville’s Promise Zone; worked to improve access to food and health care.

Salstrom: see my Motivation above for the legislation. The problem is systemic, rooted in Indiana’s weak Home Rule (i.e. Indy micromanages the state) which means, for example, Mayor Winnecke does not have the power and resources mayors have in other states to solve our problems and seize our opportunities. Instead, we have self-serving legislators, whom we can’t look in the eye and hold accountable, handcuffing our local leaders and sticking their noses in our business to serve their political ambitions, without regard for the wellbeing of Hoosiers, as the above facts make clear. (See HoosiersforLocalControl.com for solution details)

O’Brien: no answers could be found, except HB 1119, which he authored to provide a state income tax deduction for recent graduates with income up to $50K. However, O’Brien’s fellow Republicans apparently recognized (correctly) that his bill would have a negative impact, so it appears to have died in his own committee on the day of its first reading on 01/04/2022 (per iga.in.gov)

Salstrom: (1) for decisions impacting our region, we need local representation, that we nominate and can hold accountable, on both the IURC (the Indianapolis-based committee that decides our rates) and the OUCC (the Indianapolis-based counsel that represents consumer interests). (2) we need billing transparency (e.g. tracker details) so that regional OUCC, media, etc., can ensure accountability. (3) Indiana needs a long-term water and energy strategy informed by an empirically defined vision and measured in incremental milestones toward advancing the mission of thriving Hoosier communities. (4) revive Mitch Daniels’ Energizing Indiana (updated to 2.0), advancing Hoosiers’ energy efficiency, security, and independence.

Salstrom: Roe versus Wade was a fair compromise, protecting access early in pregnancy while allowing states to restrict or ban late-term abortions. Contraception should be as easy to access as possible to prevent unintended pregnancy in the first place. Forcing minority religious doctrine on Hoosiers is anti-American.

O’Brien: voted to remove all exceptions for ending a pregnancy, knowing it would force a 10-year-old rape victim to bear the child, and voted to deny women the freedom to get birth control directly from pharmacists (see votes at iga.in.gov), like women have the freedom to do in many states, including Arizona, West Virginia, North Carolina, Idaho, etc.

FOOTNOTE:  If State Representative Tim O’Brien would like to respond to Dr. Jason Salstrom, Ph.D. letter to the City-County Observer editor we shall publish it without bias, opinion, or editing.