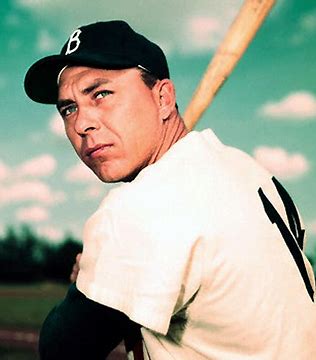 STATEHOUSE (Feb. 23, 2022) – The Indiana House advanced efforts to memorialize the late baseball legend Gil Hodges, an Indiana native, by naming a bridge on I-69 in Columbus the “Gil Hodges Memorial Bridge.”

State Rep. Cindy Ledbetter (R-Newburgh), the author of House Resolution 19, said the Major League Baseball star was born in Princeton and spent the earlier half of his life in the Marine Corps. He received a Bronze Star for actions taken in the Battle of Okinawa in 1945 before returning home. Upon leaving the military, Hodges continued his baseball career, receiving the first three Gold Glove Awards in the National League as a first baseman and was the National League’s Grand Slam leader at retirement in 1963. He played alongside the legendary Jackie Robinson on the Brooklyn Dodgers and Hodges won two World Series as a player in 1955 and 1959.

”Gil is a local legend who is a great example of what Hoosiers are capable of,” Ledbetter said. “He selflessly left baseball early in his career in order to sign up for the military and fight for our country in World War II. He lived a life of service and we are proud that he was born in Indiana. He deserves to have a bridge in memory of his accomplishments.”

“Hodges was one of the finest baseball players of the 1950s and his legacy is unmatched,” said State Rep. Shane Lindauer (R-Jasper), co-author of the resolution. “He’s a Hoosier leader deserving of recognition.”

After retiring as a player, Hodges became the manager of the New York Mets and led them to be World Series champions in 1969 before passing in 1972.

House Concurrent Resolution 19 is now being considered by the Senate.