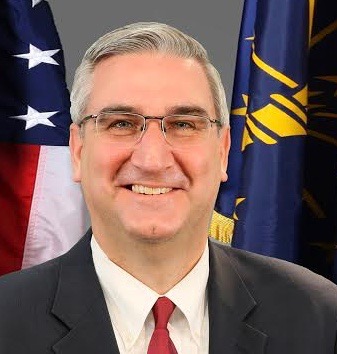 Gov. Eric J. Holcomb and Indiana Department of Natural Resources Director Dan Bortner today announced 18 communities and non-profit organizations will receive a combined $29.6 million for 70 miles of new trail development as a part of the second round of the Next Level Trails program.

Combined with the 17 projects announced as part of the first round in May 2019, the Next Level Trails program has awarded $54.3 million in funding for more than 112 miles of trail throughout Indiana.

“Trails have been an important resource for Hoosiers’ physical and mental well-being throughout the pandemic,” Gov. Holcomb said. “These projects are a transformational investment in quality of life for communities across our state and a valuable tool for economic and tourism development. We are creating important connections that take us one step closer to becoming the most trail-friendly state in the country.”

“Hoosiers visited trails and parks this past year in unprecedented numbers,” Bortner said. “Demand for trails has never been higher, and we are excited to partner with local governments and non-profits to build these important community assets.”

The grants awarded in the second round include 10 regional projects and eight local projects. The list of awards, project descriptions, and a map can be found here.

DNR received second-round applications for 62 projects in 36 counties, requesting a total of more than $93 million for more than 158 proposed miles of hiking, biking and riding trails. This total included 20 new applications and 42 returning applications from the first round. The DNR reviewed the applications for eligibility, and a multi-agency committee evaluated the proposals based on the Next Level Trails program objectives.

In addition to the $29.6 million awarded through Next Level Trails, the 18 second-round grant recipients contributed $21.9 million in matching value, resulting in a $51.5 million total investment in trails. The program requires a minimum 20% project match, which can include monetary contributions, land value, and in-kind donations of materials and labor.

Next Level Trails is part of Gov. Holcomb’s $1 billion Next Level Connections infrastructure program, which accelerates the completion of major highway projects, expands access to rural broadband services and pursues the expansion of rail projects in northwest Indiana.

Gov. Holcomb and the DNR also announced details of the third round of Next Level Trails. A total of $35 million will be available, including $25 million for regional projects and $10 million for local projects. Applications will be accepted starting Nov. 1 and are due to the DNR by Dec. 1. DNR will announce details for an applicant workshop webinar later this year.