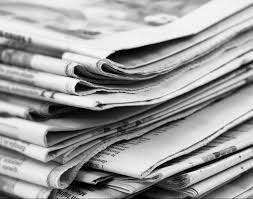 Gannett recorded a dismal second quarter financially, the company reported Thursday – important revenues sources down, costs up, and a loss of $54 million on revenues of $749 million.

Strong cost reduction moves are on the way. Media division head Maribel Perez Wadsworth, in a note to staff, warned of impending layoffs. “In the coming days,” she wrote, “we will … be making necessary but painful reductions to staffing, eliminating some open positions and roles that will impact valued colleagues.”

Gannett stock, already down roughly 45% for the year, fell another 28.5% in midmorning trading, indicating Wall Street had not expected such bad results.

CEO Mike Reed said in a conference call with analysts that the company’s long-term strategy of developing paid digital subscriptions and digital advertising remains sound. But he made no effort to sugarcoat what happened last quarter and is expected for the remainder of 2022.

Among the negative factor he cited:

Among positives, Reed cited continued growth in the number of paid digital-only subscriptions and the revenue they generate, both up 35% year-to-year. And Gannett’s Digital Marketing Services subsidiary continues to grow.

However, Reed also acknowledged (as I had heard from a tipster) that its ballyhooed exclusive sports betting partnership with Germany-based Tipico, announced a year ago, has not worked out.

Tipico is only licensed to accept bets on games in two states, Reed said, and the agreement has been modified to allow ventures with other sports betting companies.

Besides the operating cutbacks, Reed said, the company expects to accelerate the sale of real estate assets for the rest of the year and apply the proceeds to pay down debt.

Gannett is one of the few regional newspaper companies (the others are Lee and the Dallas Morning News) that remain public and thus are required to report financial results.

I wondered how representative its troubles are of the industry as a whole and asked David Chavern, CEO of News/Media Alliance to comment.  He replied:

“Advertising is very GDP-dependent, and you are seeing the effects of our economic slowdown across the media landscape. News publishers aren’t alone in that by any means. I think we are, however, better situated than many because the industry already has strong cost discipline. I haven’t heard anyone panicking. What you are mostly seeing is an acceleration of the pre-existing transition from print to digital.

“Over the long-term, I think that people in the industry still feel good about the fact that they have more readers than ever. You can build strong businesses around that. In fact, I think we are actually ahead of many other legacy media industries in figuring out how to build successful digital content businesses.

“We need better terms of trade with our dominant digital distributors (notably Google). … There also needs to be things like a further evolution of digital product offerings. But, at the end of the day, I still sense a lot of focus and energy in the industry.”

My take is less sanguine. Except at big national titles like the New York Times, new digital revenues still have not picked up the pace to fully cover print revenue losses. So the last thing the industry needs, after the COVID economy shock, is another round of revenue hits and cost pressure. Except for hedge funds, investors have pretty much-lost interest in the regional part of the newspaper industry. In the section of Gannett’s Tuesday conference call set aside for analysts’ questions, there were none.

The company publishes USA Today and more than 200 regional dailies.  Ironically those papers have just had some big successes, as Reed noted: The Austin American-Statesman publishing video of law enforcement delays in the Uvalde shooting and its Columbus and Indianapolis outlets documented the case of a 10-year-old rape victim who needed to go out of state for an abortion.

This article was written by Rick Edmonds who is a media business analyst for the Poynter Institute where he has done research and writing for the last fifteen years.  Read other commentary on Rick Edmonds

THIS ARTICLE WAS POSTED BY THE CITY-COUNTY OBSERVER WITHOUT BIAS,  OPINION, OR EDITING