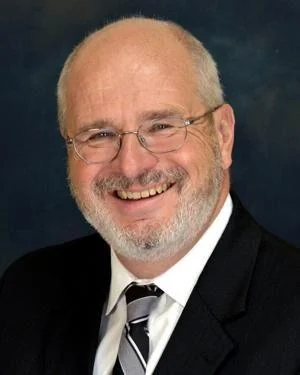 This time, the mass shooting happened in Virginia.

A Walmart employee opened fire at the store in Chesapeake, Virginia, where he worked, killing at least six people. He also died.

This followed the mass shooting at an LGBTQ nightclub in Colorado Springs, Colorado. There, another gunman shot more than 20 people, killing five of them before heroic bystanders subdued him.

That followed another shooting in Virginia in which three University of Virginia football players were shot dead on the way back from a college field trip.

Which followed—ah, any number of other mass shootings.

Here in America, we have shootings at shopping malls.

We have them in churches.

And, of course, in schools.

Lot of them in schools.

That’s because we are a nation awash in guns.

The United States of America has less than 5% of the world’s population. Americans, though, own more than half the guns in private possession on the globe.

There are, in fact, more guns than there are people in this country. The United States has a population of a little more than 332 million people.

Those are the weapons favored by most mass shooters. In most other nations, such guns are restricted to military use.

Here in America, they’re almost as easy to buy as a bag of potato chips.

We Americans have watched for much of this year the horrors of the war Russia unleashed on Ukraine. Daily, we are appalled by the carnage of that conflict, the staggering body counts, ceaseless suffering.

The best estimates suggest that more than 32,000 people have lost their lives in that brutal, inhumane war. That’s a lot of death.

A lot of suffering.

A lot of grief.

But that is war.

Here in the United States in 2022, we already have lost nearly 40,000 lives to guns and gun violence. We have lost 25% more lives than two nations locked in a vicious and savage war. We have lost those lives at discount stores, on school buses, in churches, at nightclubs and, of course, in schools.

And we are—in theory at least—a nation at peace.

We Americans have fallen into a pattern with these shootings.

When they occur, we shake our heads in dismay. We offer expressions of sympathy to the community where the horror took place and to the people who lost loved ones.

We vow to do something about this ongoing tragedy. We assert that we will get serious about gun violence.

Instead, we allow ourselves to be held hostage by the special-interest spokespeople from the gun lobby. They stopped even pretending to try to make sense years ago, but still we let them hold the floor.

We let them write our laws.

We let them protect the guns and sacrifice the people.

And we listen to their nonsense while we do it. We listen to an Indiana state legislator spout drivel about how an entire community in Texas sacrificed schoolchildren as part of a “false-flag” operation aimed at coming to get his guns.

We treat such ravings with respect and ignore the suffering in our streets every day.

After each gun-related atrocity, we Americans say this is not who we are. We are better than this, we avow.

But maybe we aren’t.

Maybe this is the country we want, one in which people must fear going to the store, to the mall, to the workplace, to church and even to school.

No other country on earth has this problem. We’re alone—number one by a wide margin, with a bullet.

This time, the mass shooting was in Virginia.

John Krull is director of Franklin College’s Pulliam School of Journalism and publisher of TheStatehouseFile.com, a news website powered by Franklin College journalism students. The views expressed are those of the author only and should not be attributed to Franklin College.