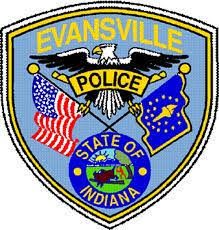 Last night, January 19th, at 9:59 p.m., Evansville Police Officers were dispatched to Wal-Mart West in reference to an Active Shooter. Dispatch received multiple calls from people inside of the store who stated there were shots fired and that people were being shot. It was further reported that the shooter was actively chasing after a male inside the store. Dispatch was able to get a description and eventually a name of the shooter. The shooter was identified as 25-year-old Ronald Ray Mosley II. Although there was confusion about how many victims had been shot, it was determined that there was only one victim who had been shot by Mosley.

When officers from multiple agencies arrived on scene, they immediately went into the store. Mosley turned his focus on the officers and fired multiple shots at them on multiple occasions inside the store.

Officers had to clear over 200,000 square feet while they were searching for Mosley and victims even during the times when they were taking on gunfire.

At one time, Mosley exited a door that led outside to the parking lot. There were officers who were standing outside near that door and Mosley fired shots at those officers. Officers returned fire and Mosley retreated back inside the store. Once he was back inside, Mosley continued to fire at officers, forcing them to fire back. Mosley was struck by gunfire and pronounced dead at the scene. From the time of the first 911 call to the time that Mosley was incapacitated, it was about 12 minutes. Officers were inside the building within the first 4 minutes of the 911 call.

The adult female victim who had been shot by Mosley was initially transported to a local hospital, but was eventually transported by Life Flight to another hospital outside of Evansville due to her injures. The latest update on her condition is that she is still being treated and is in stable condition, however, she will be affected by this shooting for the rest of her life.

Throughout the overnight investigation, Detectives were able to learn more details about Mosley. Mosley had previously worked for Wal-Mart. In May 2022, Mosley had been arrested for multiple counts of battery charges against employees at this same Wal-Mart store. Mosley was fired after that incident and protective orders were filed against Mosley on behalf of the victims. Mosley was in Vanderburgh County Superior Court yesterday for a hearing regarding the 2022 battery case. Based on the information at hand, we believe that Mosley was targeting employees at this particular Wal-Mart store.

Detectives also learned that Mosley arrived on Wal-Mart property on foot. There was an employee meeting set to begin at 10:00 p.m. Employees were gathering in the breakroom getting ready for the meeting. Mosley entered the breakroom at that time and brandished a 9 mm handgun. Mosley ordered all of the occupants of the room to stand against the back wall. One female employee, identified as Heather, was able to escape the room without Mosley seeing her. He gave orders to the female victim and male victim to stay in the middle of the room. Mosley then shot the female victim in the face and the male victim fled the room. Mosley pursued the male and went outside to the parking lot. During that time, everyone fled the breakroom, however, the victim was still wounded inside the breakroom. Heather, went back inside the breakroom to render aid to the victim and helped her into an adjacent room. Mosley turned around and walked back inside the store and walked back toward the breakroom area. It appeared that he was looking for the female victim but did not find her. Mosley then saw the responding officers, turned his attention towards them, and engaged in gunfire.

It was determined that 7 EPD Officers and 1 Vanderburgh County Sheriff’s Deputy discharged their duty weapon. At least 5 of the 7 EPD Officers who were involved in the shooting hold the rank of Sergeant or above. Per our protocol, the EPD Officers involved in the shooting provided a blood sample at the hospital and their weapons were seized for testing. The officers will be placed on paid administrative leave for at least several days, which is also normal procedure. The EPD Peer Support Team has also reached out to the officers involved in the incident to provide additional support and resources. The Employee Assistance Program is also a resource for our officers. We also learned that Wal-Mart employees will be offered resources through their Employee Assistance Program.

We have not determined the exact number of officers who responded to the scene but we know it was well over 70 EPD Officers and about 20 Vanderburgh County Sheriff Deputies. There were numerous other responding officers from other agencies as well. Officers treated this situation as an Active Shooter. By EPD’s definition, an active shooter is a gunman who is not stationary but is moving through an area and randomly or selectively shooting at victims.

This was a very tragic incident that rocked our community. While it certainly could have been worse, our thoughts and prayers go out to the victim who was injured as well as all of the victims who were involved in the incident. The teamwork between the different law enforcement agencies, Dispatch, and Wal-Mart employees, was