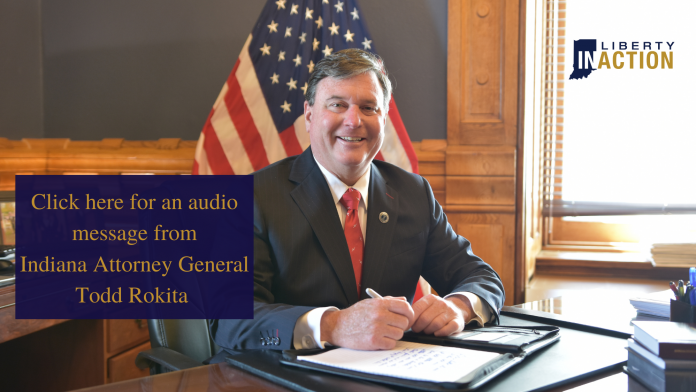 (But Our Fight For Unborn Children Continues In Earnest)

This is a historic moment.

With its action today, the U.S. Supreme Court at long last has acknowledged the gross injustice perpetrated by the court in 1973 through the tragic Roe v. Wade decision that legalized abortion throughout the nation.

More than 63 million little ones have died at the hands of abortionists in the intervening 49 years since that act of judicial malpractice. Even as we mourn those lost lives, today we also rejoice that six justices on the current Supreme Court have acted wisely and courageously to correct one of the worst travesties in our nation’s history.

My office was honored to assist the attorneys for the State of Mississippi in their preparations to argue the Dobbs case before the U.S. Supreme Court.

As Indiana’s attorney general, I have devoted much of my time and energy to defending Indiana’s own pro-life laws.

With today’s Supreme Court ruling, pro-life states such as Indiana should find it easier to legislate and enforce strong laws that protect lives. Even as we expect relief from the burden of spending as much time in court defending our abortion laws, we will remain watchful and ready for attempts in Washington D.C. to codify into federal law the same nationwide legalization of abortion that the court foisted on Americans in 1973.

The Supreme Court has delivered a historic win for life, but our fight for unborn children continues in earnest. We will continue working vigorously to protect those little ones and the physical, mental, and emotional well-being of their mothers.