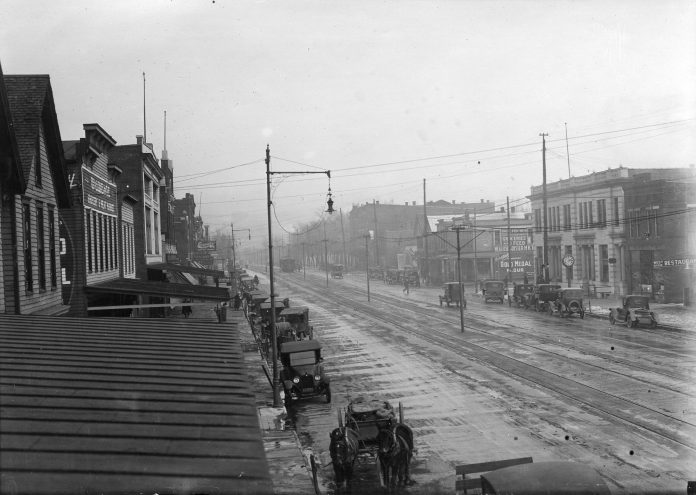 This view of West Franklin Street was recorded in January of 1921, but much of it is still recognizable nearly a century later. At the far right is the two-story limestone-faced West Side Bank building, which still functions as a bank since its construction in 1906.

A block down the street, nearly obscured by the mist, is an imposing three-story brick structure built in 1890. It originally opened as Rosenberger’s wholesale grocery, and then was occupied by the Heldt & Voelker hardware store in the mid-1920s. (It now houses a restaurant.)

West Franklin Street is the main east-west route through an area west of Pigeon Creek once called Independence, which was largely settled by German immigrants and incorporated into Evansville in 1870. Historically, this section of the street has been unusually wide, more than sufficient to accommodate the horse-drawn buggies, automobiles, and the distant streetcar pictured here.