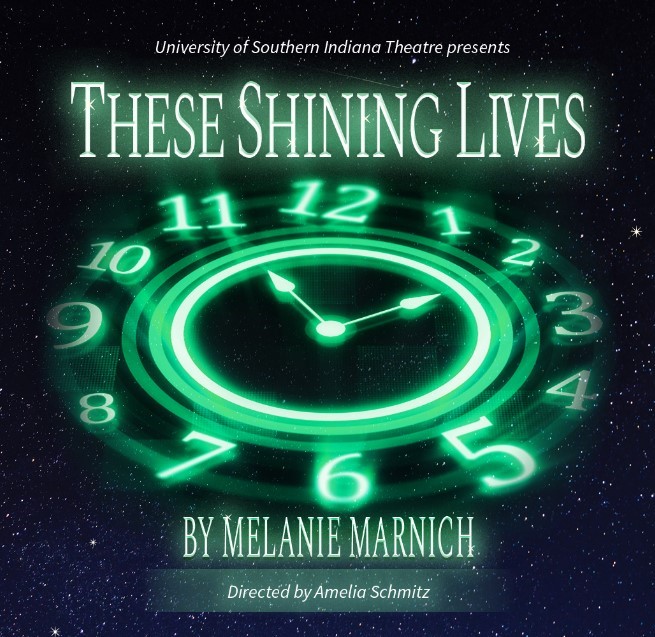 University of Southern Indiana Theatre will continue its 2022-23 season with These Shining Lives, based on the true story of the Radium Girls, November 17-20 in the USI Performance Center. The show is being directed by senior Amelia Schmitz.

These Shining Lives chronicles the strength and determination of women considered expendable in their day, exploring their true stories and continued resonance. Catherine and her friends are dying, it’s true; but it’s a story of survival in its most transcendent sense, as they refuse to allow the company who stole their health to kill their spirits or endanger the lives of those who come after them. The story told of these four women only gives a glimpse of what hundreds of women experienced due to fatal radium poisoning. Their determination to change history for the women following them in the workforce shines through as the story unfolds.

Tickets are $2 for USI students; $10 for USI employees; $4 for non-USI students (includes K-12 and non-USI college students [student ID required]); $10 seniors (60+); and $12 for adults. Tickets are free to USI students with ID one hour before the show begins based on availability. Shows begin at 7 p.m. Thursday through Saturday and 2 p.m. for the Sunday matinee.