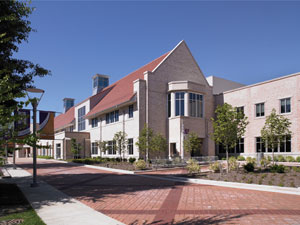 EVANSVILLE, IN  The University of Evansville (UE) Theatre, announces the second installment of the 2022-2023 season with Cabaret, inspired by the play by John Van Druten, stories by Christopher Isherwood, music by John Kander, and lyrics by Fred Ebb. The show opens at 7:30 p.m. on Friday, November 11, in Shanklin Theatre. Additional performances are at 7:30 p.m. on November 12, 17, 18, and 19; and at 2:00 p.m. on November 20.

Set against the tumult and sheer chaos of Germany’s 1929 Berlin, the alluring emcee invites all to engage in willful ignorance and revel in the lustful delights inside the legendary Kit Kat Club. “Here life is beautiful.” With hedonistic abandon, these riveting characters live life as a carnival of debauchery and despair. Winning Tony Awards for Best Musical for the 1966 Broadway premiere and for Best Revival of a Musical in 1988, this provocative and challenging style of storytelling packs a potent punch on the dangers of mass indifference in the face of injustice and atrocities and asks audiences to either act now or say, “so what?”

In following industry standards as established by the Broadway League, all audience members must remain masked during the performance. It is our hope that these restrictions will allow our student actors to safely perform unmasked.