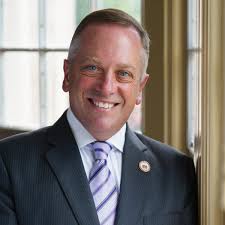 Evansville— 1/1/21 — The President of the University of Evansville, Christopher M. Pietruszkiewicz,

today sent an e-mail to the Chair of the Faculty Senate, who subsequently released it to the faculty as a whole, in which he argued that his “proposed academic alignment plan is not an educational policy decision” and so does not fall within the responsibilities of the faculty.

The President’s e-mail was a response to the December 17th Faculty Senate resolution by which the Senate voted no confidence in the President’s draft academic alignment plan. That resolution argues that the President’s draft academic alignment plan neither recognizes the faculty’s primary responsibility for educational policy nor accords with the university’s policies on the curricular change as defined in the Faculty Manual. This resolution was endorsed by the Senate by a margin of 14 to 1 with 1 abstention. The faculty then supported the resolution by a margin of 106 to 19 with 3 abstentions.

In the President’s e-mail to the Senate Chair, he responded to that resolution as follows:

The Faculty Handbook provides that “[t]he responsibility of the faculty is in educational policy rather than administrative decisions.” The proposed academic alignment plan is not an educational policy decision, but an administrative decision motivated by financial considerations of the University and based on the program evaluation criteria. The process described in the Faculty Resolution was designed for ordinary operations and provides for the Curriculum Committee’s (and Faculty Senate’s) review of routine proposals for changes. It does not apply to the current proposed academic alignment plan. Nevertheless, Dr. Austin and I sought and continue to seek input, comments, recommendations, and proposals regarding the draft academic alignment plan from all faculty members that includes but is not limited to the Faculty Senate and/or the Curriculum Committee.

In considering this comment it is worth noting how the Faculty Manual continues after the quoted sentence:

The responsibility of the faculty is in educational policy rather than administrative decisions. Faculty, acting with the President, determine all matters of educational policy with respect to academic programs including degree requirements, honorary degrees, curriculum changes, [and] academic standards.

As can be seen, the second sentence speaks of “academic programs” and “curriculum changes.” It is difficult to understand how the President’s plan does not constitute an “educational policy decision” when its implementation would eliminate 3 entire departments and 18 majors and so enact massive “curriculum changes” that would fundamentally alter the makeup of the university’s “academic programs.” In looking at the above quote, one can also see that the President’s call for “input, comments, recommendations, and proposals” from faculty members regarding his draft academic alignment plan in no way reflects the faculty’s designated relationship to educational policy. Rather than being given any opportunity for determination, the faculty is simply being asked to offer ideas to those who are truly making the decisions, the President and his senior administrative team.

The President’s comment also asserts that “the process described in the Faculty Resolution was designed for ordinary operations and provides for the Curriculum Committee’s (and Faculty Senate’s) review of routine proposals for changes.” According to the President, that process, therefore “does not apply to the current proposed academic alignment plan.” It should here be noted that the process to which the President is referring is the university’s process for curricular change. Within that process, proposals for substantial curricular changes, such as proposals for the “additions or deletions of degrees and majors,” should pass through the Senate’s Curriculum Committee, the Senate, the President, and the Board of Trustees. This process is outlined in the Faculty Manual’s definition of the Curriculum Committee. It can also be seen in the Manual’s “Program Closure Policy,” which was approved by current EVPAA, Dr. Michael Austin. The Faculty Manual nowhere states that the outlined process only applies to “ordinary operations” and “routine proposals.” It also offers no alternative process for extraordinary operations and irregular proposals. This is because the Faculty Manual only contains one process for a curricular change.

The President’s approach constitutes a de facto suspension of the Faculty Manual because it gives him primary responsibility for educational policy and so invalidates all the many sections of the Manual that reflect the faculty’s mandated relationship to educational policy. This approach is also a violation of the university’s charter, which states that the university’s “courses shall be arranged and determined by the trustees in conjunction with the faculty and the university senate.” Even after everything that has happened, the UE AAUP chapter was still shocked and saddened by this morning’s message from the President. What a truly awful way to begin the year!