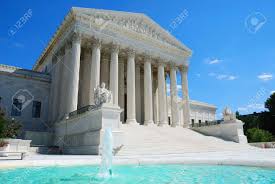 Time Running Out To Get Indiana Judicial Nominees Confirmed

Three Democratic senators failed in their attempt Wednesday to force the Senate to hold a vote on the nominees to the federal bench, creating more doubt as to how many judges will be confirmed before the end of the year.

Sens. Charles Schumer of New York, Elizabeth Warren of Massachusetts and Mazie Hirono of Hawaii all asked for unanimous consent for the upper chamber to vote on the candidates who have passed through the Senate Judiciary Committee. The nominees pending before the Senate include Winfield Ong who was approved by the committee for the U.S. District Court for the Southern District of Indiana.

“The Republic majority is confirming judges at the slowest rate in more than 60 years and this has real consequences across America,” Schumer said. “… From the district courts to the federal courts of appeals, all the way to the highest court in the land, the Republican majority has been showing the American people that when it comes to judges, they are not doing their job.”

In response to Schumer’s statement, Tillis said the Senate has confirmed 329 of President Obama’s judicial nominations compared to the 312 confirmed at the same point in President George W. Bush’s term in office.

“So I would submit that that’s doing our job,” Tillis said. “… So I know the other side of the aisle doesn’t like the fact that they don’t set the floor agenda but any reasonable, objective review of the record demonstrates that President Obama has been treated more fairly than his predecessor, George W. Bush.”

Glenn Sugameli, attorney and founder of the nonprofit Judging the Environment which follows judicial nominations, described Tillis’s argument as “smoke and mirrors.” He said the 89 current vacancies, up from 43 in January 2015, is higher than they were during the Bush administration. Also filling seats in some jurisdictions does not help individuals and businesses in other districts that are having to wait longer for the cases to be heard because there are not enough judges available.

The Senate is scheduled to recess at the end of this week and not return until after Labor Day. Warren asked the Republicans to do their job and take a vote “before shutting off the lights and leaving town.”

Tillis gave different view of the Senate’s duties. He said he thought the upper chamber was working on funding for veterans, Zika research and the Department of Defense along with making sure communities have the adequate resources to combat drug addiction and the opioid epidemic.

“And then, what we get are things that have nothing to do with doing our jobs,” he said.

Warren countered the Constitution requires that the Senate to confirm judges for the federal bench.

“We hear a lot of talk these days from Republicans in Congress suddenly caring about the rule of law,” Warren continued. “Talk is cheap. Real cases are piling up. Real courts are starved for help. Real justice is being denied. And the American people aren’t easily fooled.”

The Administrative Office of the U.S. Courts has declared 29 of the open seats to be judicial emergencies because of the high number of filings.

The District Court in the Southern District of Indiana is among the courts declared to be in emergency status. The vacancy on the court was created when Judge Sarah Evans Barker took senior status June 30, 2014, although she is continuing to carry a full workload until her replacement is confirmed.

Ong was nominated to fill the seat by Obama in January 2016 and endorsed by Indiana Sens. Joe Donnelly, Democrat, and Dan Coats, Republican. The Judicial Committee gave him a hearing in May and approved him on a voice vote in June. Tilllis is a member of the committee.

Sugameli echoed Warren in saying the vacancies on the courts are causing problems for litigants. He said in his experience as an attorney representing individuals, companies and trade associations, the parties wanted a decision from the court, win or lose, so they could move forward. However, the delay in getting civil cases before a judge is putting people in limbo.

“It is absolutely inexcusable,” Sugameli said. “The irony is it isn’t hurting Obama. It’s hurting people and businesses in districts without judges.”

Ong is at the bottom of the list of 16 District Court nominees waiting for a Senate vote. Sugameli and Carl Tobias, University of Richmond School of Law professor and expert on the federal judicial confirmation process, note there is still a window for Ong to get confirmed.

The Senate goes back into session in September and could hold votes on some of the nominees then. There is precedent. In 2008, the Senate held hearings and confirmed 10 of Bush’s nominees in September.

Also some Republican Senators farther back in the nomination line are pushing their picks which could increase the pressure to vote on the candidates that have been approved by the committee.

In particular, Sens. Michael Crapo and James Risch from Idaho want the nominee to the Idaho District Court, David Nye, to have a hearing and a vote before the end of the year. The situation in Idaho is especially dire since the state only has two federal judges with one being 82 years old and on senior status.

Thursday morning, the committee did give a thumbs up to Nye’s nomination in a voice vote. Also, Jennifer Klemetsrud Puhl and Donald Coggins Jr. were also approved on voice votes for the 8th Circuit Court of Appeals and the U.S. District Court for the District of South Carolina, respectively.

Since the Senate tends to vote on nominees in the order they come from the committee rather than cherry pick which ones to consider, the urgency in Idaho could flush all the other candidates in front of Nye, including Ong, onto the floor for consideration.

Another key to Ong’s confirmation is Coats. The Indiana Republican has said he supports Ong and described him as having “the experience, ability and temperament necessary to serve Hoosiers well on the federal bench.”

“I think he could be very important as a senior Republican senator if he would go to (Sen. Majority Leader Mitch) McConnell,” Tobias said of Coats.

The likelihood of former Indiana Supreme Court Justice Myra Selby being confirmed to the 7th Circuit is becoming more remote. Not only is time running out on this Congress to act on her nomination, Coats is hindering the process by withholding his support.

Circuit Court judges can have a more difficult road to confirmation because decisions from these benches are binding and more consequential than those from the District Courts. Attorney Donald Schott, the nominee to fill the Wisconsin seat on the 7th Circuit, faced some opposition from the Judiciary Committee, picking up 7 “no” votes along with 13 “yes” votes.

At present, Tobias said, the 7th Circuit is moving cases along in part because of overachieving judges Richard Posner and Frank Easterbrook. However, overtime the vacant Indiana and Wisconsin seats will take a toll on case management. In addition the continued vacancies deprive both states of full representation on the court, he said.