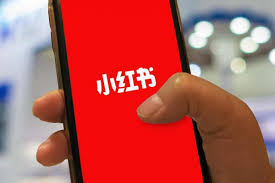 Don’t wait for Washington; patriotically delete TikTok and protect your children and data

Attorney General Todd Rokita is calling on Hoosier consumers, businesses, and governments alike to be proactive in protecting their pocketbooks and privacy from China’s TikTok app. Attorney General Rokita recently filed two lawsuits which open an entirely new front against the CCP-controlled company.

“Indiana residents should not wait for Congress and the Biden White House to take action against this deceptive social networking app,” Attorney General Rokita said. “We’ve got to take the initiative ourselves.”

Despite flagrant security concerns, more than 130 million Americans — including two-thirds of U.S. teens — say they use the app, which pulls their personal data and potentially pushes it right into the hands of the Chinese government.

Attorney General Rokita is asking individuals and business owners to delete TikTok to protect their personal information from the app’s egregious exploitation of consumers as they conduct their everyday activities. TikTok uses Americans’ own smartphones to capture their attention and track their behavior.

“The app is not only full of toxic material, which is highly inappropriate for children, but it also opens us up to foreign threats,” Attorney General Rokita said. “Specifically, it allows a Chinese company overseen by the CCP to take our data.”

Attorney General Rokita has led the way in winning battles against Big Tech overreach from Google and other California-based companies. But now a potentially larger threat looms as China reaches right into millions of Americans’ personal devices.

TikTok misleads Hoosiers and all Americans — exposing them to sexually lewd messages — even while officials in Beijing take steps to protect China’s own minors and consumers from these same hazards.

“China has said they want to be the dominant force in the world,” Attorney General Rokita said. “This kind of technology is part of that strategy. We need patriots who will fight back against the dangers imposed by this app and others that are no doubt on the way.”