More than 50,000 former college athletes next month will begin collecting portions of a $208 million class-action settlement paid by Indianapolis-based NCAA in a case that challenged its caps on compensation.

Hagens Berman, the law firm representing the plaintiffs in Alston vs. the NCAA, said Wednesday 53,748 FBS football players and Division I men’s and women’s basketball players who competed between March 2010 to March 2017 are eligible to receive compensation.

The law firm said payments will range from $5,000 to $7,500 for those who competed for four years and checks will start being distributed in late August. Distribution was held up by one objector to the settlement, who missed a July 17 deadline to appeal the case to the U.S. Supreme Court.

The settlement of damages in the case was approved in 2017 by U.S. District Judge Claudia Wilken. Earlier this year Wilken issued a narrow ruling against the National Collegiate Athletic Association in the Alston case, saying the association could not cap compensation to athletes related to education. 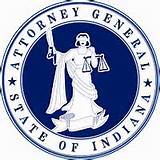