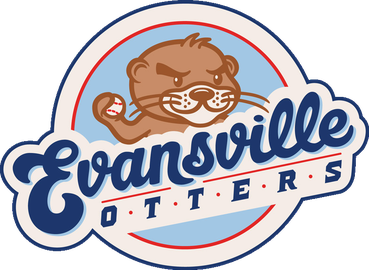 Otters Can’t Capitalize In Middle Game Loss
EVANSVILLE, Ind. – The Evansville Otters left five men on base in the final two innings as their comeback against the Lake Erie Crushers came up just short, 3-2.
For a second straight night, Lake Erie took a first-inning lead. Justin Felix overthrew third while attempting to throw out attempted base stealer Connor Owings. Due to the error, Owings scored on the play.

The 1-0 Crusher lead stayed firm into the fourth when Lake Erie added to it. Sacrifice fly RBIs by both Sean Cheely and Jake Gitter expanded the lead to 3-0.

Brett Adcock worked well into the game for Evansville, striking out 10 in the game.

Evansville began their comeback attempt in the sixth as Zach Biermann hit a leadoff home run to left. The Otters would have a man on third later in the inning but left him stranded.

In the bottom half of the seventh, directly after a Jackson Valera ground-rule double, the game entered a rain delay. Following 20 minutes of stopped action, play resumed and Brayden Bonner took over for Adcock, ending the inning quickly.

Evansville struck once again in the eighth as J.R. Davis brought in Biermann with an RBI single. But the Otters’ offense sputtered, leaving the bases loaded in the eighth.

In the ninth, Evansville again threatened, putting runners on the corners with just one. A fly-out and ground-out quickly ended Evansville’s opportunity to complete the comeback, giving Lake Erie a 3-2 win.

Adcock received the loss, his fourth of the season. Gunnar Kines allowed just one run in seven innings en route to the win. Alexis Rivero grabbed the save, his tenth of 2022.

Biermann finished with four hits, followed by Elijah MacNamee and Davis with two each.

The Evansville Otters are the 2006 and 2016 Frontier League champions.

FOOTNOTE: The Otters play all home games at historic Bosse Field, located at 23 Don Mattingly Way in Evansville, Ind. Stay up-to-date with the Evansville Otters by visiting evansvilleotters.com, or follow the Otters on Facebook, Twitter, and Instagram.