Attorney General Curtis Hill on Thursday asked the U.S. Supreme Court to uphold a Louisiana law requiring all ambulatory surgical centers, including abortion clinics, to hold admitting privileges at nearby hospitals. Abortion providers have challenged the law, claiming it interferes with abortion access.

“This commonsense measure to protect women’s health is entirely compatible with the Constitution,” Attorney General Hill said. “There is no good reason to exempt abortion clinics from the same health and safety standards applied to other medical facilities.”

In challenging Louisiana’s law, attorneys for abortion providers have asserted the rights of hypothetical abortion patients who would purchase their services. Indiana’s experience with abortion clinics, however, has shown that abortion providers often follow practices that run counter to the interests of the patients they serve.

In the brief filed Thursday, Attorney General Hill cites the example of Indiana’s recent investigation into the late Dr. Ulrich Klopfer. In 2016, Dr. Klopfer lost his Indiana medical license after investigators uncovered repeated violations at his clinics in Fort Wayne, Gary and South Bend. Violations included such offenses as failing to report abortions on patients as young as 13, as required by Indiana law, and failing to provide appropriate anesthesia to patients. After Dr. Klopfer’s death, investigators discovered the medically preserved remains of 2,411 human fetuses among his personal belongings.

“We are asking the Supreme Court to rule that abortion practitioners cannot assert the rights of hypothetical abortion patients in legal proceedings,” Attorney General Hill said. “In the interest of justice and transparency, these businesses should be required to stand on their own substantive merits or lack thereof.”

Letter From Prominent Attorney Charlie L. Berger Taking To Task EVSC Officials For Not Doing The People’s Business In The Open. 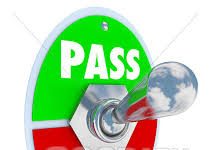