On December 17, 2019, Chris Pfau returned as the head coach of the University of Evansville women’s soccer team. In a wait that will be roughly 14 months he will lead the Purple Aces back onto the field in February of 2021.

On Wednesday, the Missouri Valley Conference announced the league slate for the spring of 2021. Exact dates for several matches are still being finalized and will fall into place in the coming weeks. Date ranges are given below; just one match against that opponent will take place within those dates.

League action kicks-off in the final weekend of February when Illinois State visits McCutchan Stadium. Continuing home action on Friday, March 5 when UNI comes to town. In their last meeting, UE picked up a 1-0 shutout of the Panthers, setting the Aces up to qualify for the MVC post-season.

“First I want to thank UE, Mark Spencer, Sarah Solinsky, Terry Collings and the COVID taskforce for all their hard work in making this happen,” Pfau said. “Everyone has done an incredible job making sure our student athletes, coaches and staff are in a safe environment and we are all following protocols.”

UE takes to the road for its next match, traveling to Southern Illinois. The Salukis women’s soccer program is set for its first season of competition in the MVC. SIU, who is led by former UE assistant coach Grant Williams, went 5-10-2 in the program’s first season. UE and SIU will meet on either March 9 or 10.

Evansville visits Missouri State in a match that will take place on the weekend of March 19, 2021 in Springfield, Mo. The Purple Aces return home on March 24 to play Valparaiso before taking to the road for matches at Drake (3/28/21) and Loyola (4/3/21 OR 4/4/21). The regular season finale against Indiana State is set for Wednesday, April 7.

“We are excited to get going in the spring,” Pfau said. “The MVC has done a great job making sure that we not only have conference games but that we can play in a safe manor. Our team has been working hard this fall and now to have something to look forward to is very exciting.”

A 6-team conference tournament will begin on April 10 with the No. 3 seed facing No. 6 while No. 4 and No. 5 will square off for a chance to advance to the next round.  The semifinal round will be held on April 14 before the conference championship match will be held on Saturday, April 17.  All tournament matches will be hosted by the higher seed. 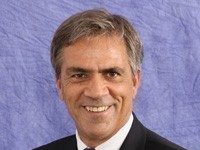 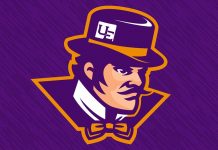