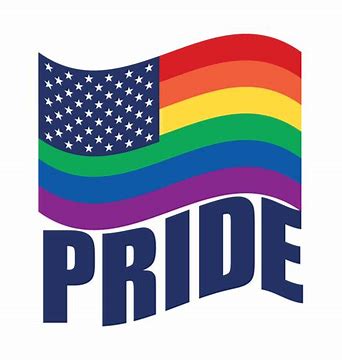 From the age of 5, Levi Spaniolo knew he was different. His birth certificate read female, but something about that felt wrong. His mom tried to put him in dresses, and he refused to wear them. He abhorred the color pink. He was afraid of becoming a girl.

Nearly 15 years later, Spaniolo came out as transgender on the small campus of Franklin College in suburban Indiana. There, as a track and cross-country runner, he entered the locker room alone. Not feeling comfortable in the women’s and not yet accepted in the men’s, he says the administration put him in a random locker room that was occasionally used by the male faculty at the college.

His male teammates had held a meeting about the spaces he was allowed into. He had not been invited. The reason he couldn’t change in their locker room, his teammates had decided: They were worried about his safety.

“Like why is it OK for me to change in front of the male faculty but not my own teammates who basically see me shirtless anyway running,” Spaniolo said. “They made it sound like for my physical safety I shouldn’t go in there because of the things that were said, which didn’t make me feel welcome on my team.”

After coming out to his team on April 3, 2017, he still had to race on the women’s team for two more seasons until he was able to finally race on the men’s team his senior year.

“Having to race on the women’s team really bothered me in the sense of like, I’m finally getting to who I am, but it was just really difficult to just have this major hole between who I am and my athletic capability,” Spaniolo said.

Transgender inclusion in sports has been heavily politicized across the country in the past few years, with nearly 154 bills targeting transgender people in 2022. Of those, nearly 25 are about banning transgender youth from playing on sports teams that align with their chosen gender identity, according to the American Civil Liberties Union.

This hole between identity and capability became the reality for a small fraction of Indiana kids when Gov. Eric Holcomb’s veto of House Bill 1041 was overridden by the Indiana General Assembly on May 24. The bill was originally introduced during the 2022 Indiana legislative session. However, the governor vetoed the bill, saying that it was unclear how fairness was going to be maintained in K-12 sports and that there was not an issue to begin with in accordance with the Indiana High School Athletic Association.

The Indiana bill states that any transgender girl who competes in K-12 sports must only play on male sports teams. It not only ignores the existence of transgender boys but also raises a problem that was never there to begin with, according to many transgender advocates like Meghan Buell, founder of Transgender Recourse, Education and Enrichment Services in South Bend, Indiana.

“It really comes down to, you know, the bill was set up to protect girls’ sports, but if they were really regulating the sports, they would also include protecting boys’ sports,” Buell said. “So the whole conversation was around fear, unjustified fear.”

​Indiana was not the only state to pass bills around LGBTQ and in particular trans rights, though. Florida passed the “Don’t Say Gay” bill in March. The new law basically says that sexual orientation and gender identity should not be talked about in schools. This would also prevent teachers from teaching lessons about the existence of same sex relationships or gender differences in grades kindergarten through third grade, according to Florida ACLU.

In Alabama, a law passed that would not allow anyone under the age of 18 to receive medical care in transition. However, after two families sued the state, a federal judge recently ruled that transgender youth could use medicine to transition, Alabama NPR reported. U.S. District Judge Liles Burke put a ban on the medication part of the bill but left in place wording that would not allow transgender youth to receive gender-changing surgery. The law also would allow school counselors and teachers to out transgender students to parents without the student’s consent. ​

​The relationship between testosterone levels and athletic performance is inconsistent and weak, research done by Katrina Karkazis, expert on testosterone and bioethics at Yale University, shows. Karkazis pokes a hole in the argument used by lawmakers across the country that it is not fair for transgender girls to compete on cisgender sports teams because born as males, they are “biologically stronger.”​

There are two main issues in the sports bill, Buell and Kit Malone, advocacy strategist for Indiana ACLU, said. Buell and Malone are both transgender women who expressed difficulties with the way Indiana politics has treated transgender people when talking about HB 1041.

Buell said the problem of transgender girls “invading” sports teams was not an issue. The IHSAA had a rule in place for transgender girls that seemed to be running smoothly. The IHSAA said that if a transitioning male-to-female athlete had been on hormone supplements for a year, they could compete on any girls’ team.

That is why Buell and many in the transgender community were so upset at the introduction of this bill. She said she believes Indiana lawmakers were just following suit with dozens of other states that have introduced anti-transgender bills in recent years.

“The people who are fighting over this most have nothing invested in trans identities. Whether somebody is trans or not has no relevance to those people’s existence, their livelihoods, the betterment of their lives, what they do every day. But they spent all of their time talking about how to control the trans population because it might win favor with supporters,” Buell said.

Buell is tired of politicians fighting over her rights.

“I’m a human being who has feelings and should have equal rights. And I’m tired of being drug back and forth like I’m the center point of a tug-of-war rope, dangling there for one side or the other side, just waiting for them both to drop me in the mud.”

Malone also said that this bill only targets trans girls, who have been specifically targeted due to a larger issue that demonizes them in society.

Research done by the Trevor Project shows that 85% of transgender and nonbinary kids know about and have serious mental-health impacts from the political attacks on the transgender community.

“The bill author (Rep. Michelle Davis, R-Whiteland) really liked insisting on referring to trans girls as men and sort of painting this picture of scary mutant ogres coming to invade the spaces that women have,” Malone said.

Alienated Within Their Community

Not only are transgender people excluded from society, they also feel marginalized from the LGBTQ community, said Franklin College student Elliot McKinley.

Buell agreed, saying it is harder for transgender people to hide their identity and blend into society, making them an easier target for harassment.

“A trans person is visible wherever they go,” Buell said. “If they make changes to their names, their pronouns, their appearance, they’ve got to live it every day,” Buell said.

In the state of Indiana, 75% of LGBTQ students hear negative remarks about their transgender peers, a 2019 GLSEN study showed. The same study also said 55% of transgender youth were prevented from using their chosen name or pronouns in school.

McKinley said they have been in classes where transgender or nonbinary existences weren’t even recognized. They also said that just the idea of not being able to use a chosen name or pronoun if desired was extremely invalidating.

“Sports are important for mental health in regards to the physical activity it provides. That is truly the best antidepressant, and also the other perks include teamwork skills and the experience of being part of something bigger than yourself,” Miller said.

“Missing out on this experience could further push an already marginalized transgender person into more isolation and feeling of loneliness and despair, huge factors in depression and suicidality.”

This, along with recent Penn State University swimmer Lia Thomas has encouraged kids to keep playing sports. Although she was celebrated by the LGBTQ community and allies, she also faced severe backlash from many people on the internet citing the same fairness argument as many legislators.

Spananiolo said that should not stop trans youth from playing sports, though.

“It has to get worse before it gets better, and unfortunately, with these young athletes that are coming up right now and trying to find themselves, it’s only going to get harder, but it’s going to make them stronger as long as they have the proper support. So just keep fighting.”

FOOTNOTE: Taylor Dixon, formerly a reporter for TheStatehouseFile.com, recently graduated from Franklin College’s Pulliam School of Journalism. This report on the repercussions of HB 1041 was completed as part of her senior project.
The City-County Obverser posted this article without bias or editing.