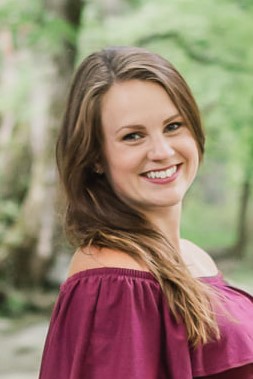 LETTER TO THE EDITOR: THE RIGHT TO AN ABORTION IS MORE THAN A POLITICAL PARTISAN ISSUE
BY KAITIE (WEBSTER) RECTOR
SEPTEMBER 21, 2022
I was raised in Newburgh, and I spent the holidays with my grandparents in Evansville, attended college at USI, and started my teaching career at an EVSC middle school. Even though I no longer live there, Evansville will always be home to me. So it’s with a sinking heart and shaking head that I see proponents of Indiana’s draconian new abortion ban also call Evansville home. The level of cruelty and ignorance it takes to deny healthcare, dignity, science, and liberty to the citizens of Evansville – and Indiana as a whole – is a huge disappointment. I do not recognize this as the community that raised me. This ruling has been condemned by many Indiana businesses, as it will negatively affect Indiana’s ability to attract and retain talent, especially healthcare professionals. It has also been opposed by every major medical healthcare provider in the state.
Wendy McNamara, currently representing the west side of Evansville (district 76) co-sponsored the abortion ban. Perplexingly, she then voted against allowing pharmacists to prescribe birth control, though it is allowed in many states and of course would reduce the need for abortions in the first place.
Tim O’Brien currently represents much of the north side and the far east side of Evansville. Not only did he support the abortion ban, but he also opposed any exceptions to the ban; he would not have allowed victims of rape, including children, to have access to abortion, nor would he have allowed women to terminate pregnancies in which the fetus is suffering from a fatal condition. O’Brien also opposed allowing pharmacists to prescribe birth control. Cindy Ledbetter of district 75 voted like O’Brien, affording no measure of compassion or common sense to her fellow women seeking abortion care, even for women – girls – who have been raped. Even for women whose babies have fatal fetal anomalies, who are suffering and have no chance of living.
Those who have cheered the banning of abortion in Indiana are doing so to the detriment of democracy for us all. They have cast themselves as a noble savior of the unborn, but they’re too caught up in their own moral superiority to realize that what they have actually done is participate in the systematic dismantling of freedom and democracy. Because we cannot call ourselves the land of the free when half of us are held back. Abortion bans are the antithesis of freedom. By telling women how to use their bodies, their future is being controlled and limited. Their wishes, their hopes, their dreams, their health, their plans – it all doesn’t matter. Even corpses have rights to their bodies; we cannot harvest organs without the prior consent of the decedent, even if those organs would save lives.
I am calling on all conservative and moderate friends, family, and neighbors to help stop this extremism. You can be a religious person, and also recognize that abortion is a private matter between a woman and her doctor. You can be someone who “doesn’t like politics” and also agree that the government telling someone how to use their body is an authoritarian overreach. And of course, you can be saddened by the idea of abortions – no one likes abortions – but the idea of women dying from pregnancy-related complications, or being forced to have their rapist’s baby, makes you more upset.
So how did we get here? By not knowing who we were voting for. By too many of us being complacent. Too many of us simply vote for the same party that we always have, thinking that “the party of small government” would protect our rights and liberties. We were wrong. We were misled.
Now we have a chance to make things right for ourselves and our daughters, sisters, friends, and family. We have a chance to fight extremism with compassion and common sense. Wendy McNamara’s challenger is Katherine Rybak, a highly experienced retired civil legal aid lawyer. Tim O’Brien’s challenger is Jason Salstrom, Ph.D. Salstrom is an Army Airborne Infantry veteran. He is currently technology commercialization and business development expert who directed the Purdue@WestGate initiative. Zack Davis is an ironworker who is running against Cindy Ledbetter to represent Warrick County. Each of these candidates supports access to healthcare and protects our right to privacy, including abortion.
Readers, I hope that abortion is more than a partisan issue to you. For your daughter, your aunt, your mother, or perhaps even yourself, abortion could be something that you personally experience. For women experiencing miscarriage, abortion is often performed if that body is unable to completely process the remains. For other women, the choice to have an abortion comes out of desperation; she is not mentally or emotionally equipped to be a mother, she cannot afford a child, she was raped, or she is being abused. But no matter the reason why abortion should always be a woman’s choice. It’s a matter of freedom.
SINCERELY,
KAITIE (WEBSTER) RECTOR

FOOTNOTE: The City-County Observer posted the letter Of KAITIE (WEBSTER) RECTOR without opinion, bias, or editing.

The City-County invites anyone who wants to write a letter in the agreement or in opposition to KAITIE (WEBSTER) RECTOR letter you may do so by writing to the city-countyobserver@live.com  We will publish your letter without basis, opinion, or editing.