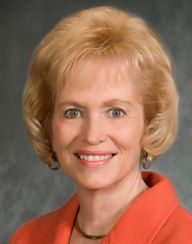 I am a proud lifelong Republican. It has been a privilege to represent Southwestern Indiana for forty-one years. I am a Republican because of my strong belief in limited government, fiscal responsibility, and the obligation of government to serve, protect, and meet the needs of the people in my district and our State.

I recently spoke on the Senate floor, urging the defeat of SB 1, a bill to ban abortion with some very limited and convoluted exceptions pertaining to rape and incest. SB 1 violates all of the Republican principles I stated above. The purpose of government is to help its people live in freedom, safety, and happiness. Government exists for the interests of the governed, not for lawmakers or special interests.

Not one person testified in support of SB 1 at two hours-long Senate committee hearings.

We enter this debate in a bad position. Infant mortality statistics put us at 47th in the nation. Indiana has the third highest rate of maternal deaths—twice the national average. Our public health funding is 45th in the country. One in three Hoosier women already have or will experience sexual assault in their lifetime. One in seven sexually assaulted Hoosier women – women who are our mothers, sisters, wives, children, and grandchildren—will become pregnant as a result of that attack (and that’s just the cases that are reported).

A personal tragedy, the rape of a 10-year-old Ohio child, recently gained media attention because this young victim had to come to Indiana for an abortion. Ohio officials and some media doubted her story. The personal and professional attacks on the physician, a woman, continue to this very day. Do Hoosiers think a 10-year-old girl should be forced to carry the child of their attacker? They absolutely do not.

This bill will have a negative impact on the health care of Hoosier women who are planning to carry their children to term. Indiana already has strict, comprehensive criteria for physicians to be able to practice in our communities. Indiana has about twenty-five maternal-fetal medicine specialists who treat difficult and complicated pregnancies. Will heaping new criminal penalties on doctors encourage these badly needed specialists to practice in Indiana? I think we know the answer.

Finally, considering this topic in a short special session just prior to the election does not give this serious matter the attention it deserves. I fear the legislature does not appreciate the astounding unintended consequences they are creating in passing this flawed legislation. But Hoosier women do.