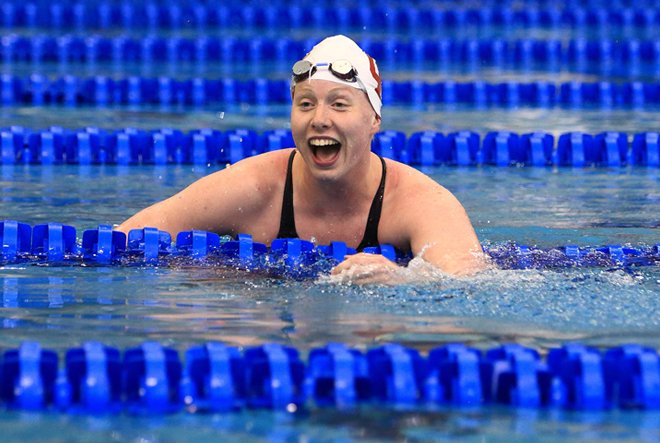 Per Braden Keith, editor-in-chief of the swimming and diving news website SwimSwam, “King is the first American swimmer, male or female, to win a career treble of golds in the 50-100-200 [meter] of any stroke at the long course world championships.”

The Evansville, Indiana, native earned her 15th-career world championship medal and 13th gold. She previously doubled as the 50-and-100-breaststroke winner at both the 2017 and 2019 championships.

King competed at IU from 2016-19 and won all eight NCAA titles combined in the 100-and-200-yard breaststroke events during that span. She is also a four-time Olympic medalist between the 2016 and 2020 games.