While horseplayers and horse connections from Santa Anita to Belmont Park were prepping for a huge weekend of stakes races, a decision by the Kentucky Supreme Court ruled some historical horse racing (HHR) machines are illegal, sending a chill through Kentucky racing.

A chill that depressed Churchill Downs Inc. stock nearly 10% after the news broke. CDI claims a huge portion of the $2.2 billion wagered on HHR machines over the last year, much coming from its Derby City Gaming facility in Louisville.

And a chill that went through the prominent Kentucky horse industry like a Nor’easter. The machines fund a large portion of Kentucky racing purses. Not coincidentally, at an average of $64,250, Kentucky purses are the highest average purses in the country, according to the Louisville Courier-Journal.

Thursday’s unanimous (7-0) decision ruled the Exacta Systems HHR machines are not operating as true pari-mutuel machines because a machine “does not create a wagering pool among patrons such that they are wagering among themselves as required for pari-mutuel wagering,” according to the opinion.

The court determined that because bettors were wagering on different, randomly selected historical races, instead of “simultaneous access to one historical race to the same group of patrons, no pari-mutuel pool can be created among the patrons in which they are wagering among themselves, setting the odds and the payout … “

The court added that because the pools were initially seeded – and not formed through pari-mutuel wagering – the machines did not meet the pari-mutuel standard.

HHR machines look like your garden-variety slot machines, which are illegal in Kentucky. They base their winning combinations on the results of previous races. You’ll find them at the tracks or satellite outlets – Kentucky does not permit casinos. Gov. Andy Beshear said in a statement that HHR machines add more than $21 million annually to Kentucky’s economy.

Interestingly, the ruling only applied to HHR machines made by Exacta Systems. CDI doesn’t use the Exacta machines in its facilities, which didn’t stop investors from dumping its stock after the ruling. Exacta Systems does have machines at Ellis Park, Kentucky Downs, and the Red Mile, a partner with Keeneland. Kentucky Downs was the state’s first track featuring HHR machines, instituting them in September 2011.

The company said Friday it anticipated the ruling and has a new HHR machine in the pipeline that will comply with the court’s opinion.

“After reading opposing legal briefs and hearing the questions asked at oral arguments, we wanted to have an alternative system in place that addressed the objections raised by opposing counsel and the various Justices, as a contingency in the case of a negative ruling,” Exacta Systems President Jeremy Stein said in that statement. “The updated Exacta system is fully compliant with the requirements as articulated by the Supreme Court, and we are excited to present our updated system to the Kentucky Horse Racing Commission in the coming days.”

Exacta Systems and the Kentucky horse and gaming industry found themselves in this situation courtesy of the Family Trust Foundation of Kentucky. The anti-gaming group pursued this outcome for most of the decade. They issued a statement calling for racetracks to turn off all HHR machines.

“This decision reaffirms that words have meaning and that even the state’s most powerful industry can’t turn the plain language of the law upside-down for its own economic benefit,” Family Foundation spokesman Martin Cothran said in that statement. “We are grateful to the justices on the Court for their common-sense ruling that the rule of law still prevails.”

While the decision does that in the short term, the court punted the bigger football of expanding the definition of pari-mutuel back to the state’s legislators. And the people who elect them.

“We acknowledge the importance and significance of this industry to this commonwealth. We appreciate the numerous economic pressures that impact it,” the opinion read. “If a change, however in the long-accepted definition of pari-mutuel wagering is to be made, that change must be made by the people of this commonwealth through their duly elected legislators, not by an appointed administrative body and not by the judiciary.” 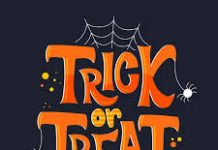 Guidelines For Trick Or Treating 2020 By Health Department