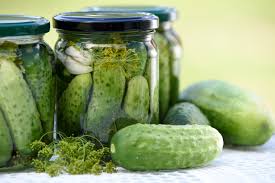 The Jewish Theatre of Bloomington will present a virtual showing of “A Pickle” at 7:30 p.m. May 20 and 22 and at 7 p.m. May 23 on Zoom. The play is a one-woman show about Doris Rubenstein, played by Annabel Armour, who entered her famous kosher dill pickle recipe into a pickle-making contest at the Minnesota State Fair only to be rejected two years in a row. The show will be live-streamed with Armour acting live in her Chicago home.

There will be a talkback with Doris Rubenstein after the first performance and with playwright Deborah Yarchun after the second performance.

Audrey Heller, the co-founder of the theater, said she thinks the play is timely due to its message against prejudice toward an unfamiliar culture.

“The judges don’t understand a different culture,” Heller said. “One of the things they say to her is that they don’t really understand what Jewish pickles are. It really spoke to me when I read this play.”

Heller said this is the first solo show presented by the theatre — the average production has three to seven cast members.

Managing director Cassie Hakken said she thinks doing a solo show might be easier than working with a larger cast. She said the experience the crew has gained working on other virtual productions such as “Blessings from the Pandemic” has made this production easier.

Hakken and Stage manager Corey Hollinger said they have enjoyed the learning experience of using a virtual format. Hollinger said he feels confident in the technical aspects of the show from his extensive experience in doing virtual shows with Cardinal Stage.

“It’s been a great way to access creative storytelling and the theatre community while still staying safe and being able to learn some new things,” Hollinger said.

Heller and Hollinger said they agree to have a virtual production has made the theatre experience more accessible to patrons. Heller is especially interested in the virtual format as it has allowed Armour, Rubenstein, and Yarchun to participate in the production without traveling.

“From an accessibility standpoint doing these things, we have theatrical patrons with travel or mobility issues,” Hollinger said. “Being able to access art and storytelling safely from their homes, without having to navigate parking, going up stairs, things like that has been fantastic.”

Heller said she hopes to see younger audience members come to the showings as the majority of their regular patrons are older. Heller and Hakken said they believe that while the theatre focuses on relating to Jewish culture, those outside of the small Bloomington Jewish community should view the show as well to observe the strong message of cultural misunderstanding.

“We cover a lot of ground in terms of Jewish culture both in America and outside of that. We do plays from a wide range of time periods, historical events, etc,” Hakken said. “I think it’s a really great way to learn from another culture while supporting the arts and be thoroughly entertained.”

Rubenstein’s pickle recipe referenced in the play is available on the theater’s website. Tickets can be reserved through a form on the website. The theater suggests giving a donation of $25 to give financial support, but this is not required.

CORRECTION: A previous version of this article misstated the date of Deborah Yarchun’s post-performance talkback.