IS IT TRUE that the University of Evansville Purple Aces are improved over the teams of recent years?…that Saturday’s victory over Illinois State was the first win over that program in 6 years and the first conference road win this year?…that the Aces are currently enjoying a winning season with 9 wins and 8 losses?…that if this year’s Aces can manage 20 wins that the box office receipts at the new Evansville Arena will feel the positive impact next year?…that if IU continues it current ways that we may just be celebrating a UE win over a Big Ten opponent in one of the first contests in the new Arena?…that it will be Aces wins that sell tickets next year and all years into the future?

IS IT TRUE that people are reported to be driving less because gas prices have crossed that psychological threshold of $3 per gallon?…that for the average driver that uses a tank of gas per week the price difference from cheap gas of $2 per gallon to $3 per gallon is about $15 per week or $65 per month?…that this creeping price increase has people upset and changing their driving habits all over the country?…that oil companies can always create an outrage by bumping the price of gas up by 10 cents a gallon?…that it is those signs showing the price in 2 foot letters for all to see that makes people acutely aware of price changes?…that all things are not as transparent with their prices as oil companies are?

IS IT TRUE that for a family that uses 1,000 kW hours of electricity in Vectren’s service area that the cost is about $80 per month higher in Evansville than it is across the money saving bridge in Henderson?…that this cost difference of 188% happens every month all year?…that over the course of a year this $80 per month difference amounts to nearly $1,000 per year that an Evansville family that uses only 1,000 kW hours per month of electricity spends extra due to these government approved excessive rates?

IS IT TRUE that a survey of the interest rates being paid by Evansville area banks for money market accounts range from 1% up to 1.2%?….that at these interest rates on deposits a family using 1,000 kW hours per month would have to deposit between $80,000 and $100,000 in a local bank just to pay the difference in electric bills in Evansville and Henderson?….that there are approximately 140,000 customers paying these high rates?….that the amount of money that would collectively need to be on deposit for all of the families in SW Indiana to be able to pay the difference in the electricity rates here as opposed to those in Henderson or even Princeton is between $11 Billion and $14 Billion dollars?….that is a tremendous amount of wealth to have taken off the tables of the households of SW Indiana?…that $14 Billion really is enough money to transform a local economy when invested wisely?

IS IT TRUE that today we celebrate the life and the accomplishments of Dr. Martin Luther King Jr.?…that this gentle non-violent man’s life and the cause of civil rights that he fought and died for have transformed the United States into a much better country?…that honest non-violent vigilance is the best way to gather followers and to make a sustainable positive difference?…that Dr. King’s willingness to turn the other cheek inspired this country to turn the page to a better chapter of American life?…that leaders like Ghandi, Mandela, and Dr. King are names that will forever be associated with bettering humanity?…that these great men were all dedicated advocates for GOOD PUBLIC POLICY?… that protectors of the status quo in their times said and did very bad things to and about these visionary leaders?…that the same things are being said and done to visionaries and agents of change in today’s world too?…that we could use more leaders like Dr. King today? 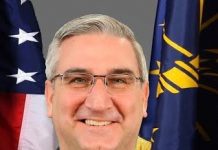 Shooting in the 2400 block of Ravenswood Dr.