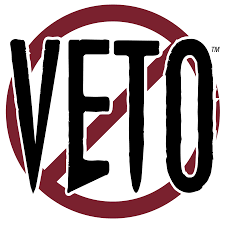 INDIANAPOLIS (AP) — Republican lawmakers took the first step Monday toward overriding the Indiana governor’s veto of a bill blocking cities from regulating rental properties, which opponents argue would take away the ability of local officials to protect tenants from abusive landlords.

The state Senate voted 30-17 to override the veto that Republican Gov. Eric Holcomb issued in March following the end of the 2020 legislative session.

The bill establishes uniform statewide regulations, which Republican Sen. Aaron Freeman of Indianapolis called a “one kind of floor for landlord tenant issues in the state” rather than a “hodgepodge” of local regulations.

Tenant advocates, however, have maintained the proposal would be unfair to the estimated 30%, or some 2 million, of Indiana residents living in rental housing and tilt state law heavily in favor of landlords.

Holcomb’s veto can be overridden by a simple majority in both the Senate and the House, which has not yet scheduled a vote.

Holcomb urged lawmakers to “take a careful look at how this new law will effect local residents and units of government.”

“We are still navigating through this once-in-a-century pandemic and therefore I still believe this is not the right time for that overly broad language to have become law,” Holcomb said in a statement.

The rental rule restrictions emerged in the final days of last year’s legislative session when Republicans took up the limits backed by the Indiana Apartment Association as the Democratic-controlled Indianapolis City-County Council approved an ordinance that included allowing fines for landlords who retaliate against renters over living condition complaints. The city’s ordinance also required landlords to give tenants information on their legal rights and responsibilities.

The bill would prohibit local regulations on matters such the screening process for renters, leasing terms, fees charged by landlords or requiring notification of tenants’ rights.

“What’s left?” asked Democratic Sen. Tim Lanane of Anderson in decrying the bill as an overreach by the Legislature into local government matters.

Several senators placed the bill in a trend by Republican legislators to meddle in decisions made by the Democratic mayor and city council of Indianapolis. Other bills under consideration this year would shift control of the Indianapolis police department to a governor-appointed board and strip much of the authority from a citywide zoning board.

“This must stop,” said Democratic Sen. Jean Breaux of Indianapolis. “It is time to allow Indianapolis and other local communities, who all have different personalities, different needs, to have the ability, the flexibility … for them to address what is most important to their community.”

Opponents also say they’re worried the proposal would negate current local regulations, such as those on apartments in college towns, including Bloomington and West Lafayette. They also raise concerns about whether the proposal’s impact on local anti-discrimination ordinances in cities such as Indianapolis, Columbus and South Bend that go further than state law and include protections based on sexual orientation.

Sen. Vaneta Becker of Evansville, one of eight Republicans who joined Democrats in voting to uphold Holcomb’s veto, said she was tired of Indianapolis Republicans pushing statewide laws to overturn actions by the city’s Democratic leaders.

“Some of the legislators feel like they have a duty to do that and that’s fine, that’s your privilege and you’re winning,” Becker said. “But I’m just not sure what’s left for our local government.”