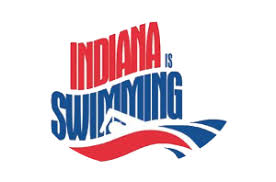 “We are so proud of both Gary and Josie for this fantastic accomplishment,” Indiana head swimming coach Ray Looze said. “This achievement embodies the core goals of our program. To win an NCAA postgraduate scholarship takes elite level academics and athletics over a sustained period of time. It’s one of the most prestigious awards a collegiate athlete could be honored to win.”

The NCAA awards up to 126 postgraduate scholarships annually. The scholarships are awarded to student-athletes who excel academically and athletically and who are at least in their final year of intercollegiate athletics competition.

The Ethnic Minority and Women’s Enhancement Graduate Scholarship were developed by the NCAA Committee on Women’s Athletics and the NCAA Minority Opportunities and Interests Committee.

The goal of the enhancement programs is to increase the pool of and opportunities for qualified minority and female candidates in intercollegiate athletics through graduate scholarships.

The NCAA awards $10,000 to 13 ethnic minorities and 13 female college graduates who will be entering their initial year of graduate studies. The applicant must be seeking admission or have been accepted into a sports administration or program that will help the applicant obtain a career in intercollegiate athletics, such as athletics administrator, coach, athletic trainer or a career that provides a direct service to intercollegiate athletics.

Grote, a two-time All-American from Madison, competed in the Big Ten Championships in all four of her collegiate seasons. She earned All-Big Ten second team accolades in 2021 as a member of the silver medal 800 Freestyle Relay team. She also earned an individual bronze in the 400 IM at the conference meet before securing a fourth-place finish in the event at the NCAA level, the highest placing by a Hoosier female in the history of the event. Grote nabbed six top-10 individual finishes in her career at the Big Ten Championships.

She earned both Academic All-Big Ten and Big Ten Distinguished Scholar honors in 2019.

Grote graduated in the spring of 2021 with a bachelor’s degree in exercise science with minors of medical science and psychology. She plans to attend physician’s assistant school with the hopes of working in orthopedics with other athletes.

Kostbade, a graduating senior from Chesterton, was a three-year scorer at the Big Ten Championships Meet. He placed eighth out of the Championship Final in both the 100 and 200 Breaststroke events during his sophomore campaign (2019) at the conference meet and competed in the Consolation Final in the 200 Breaststroke as a junior (2020) and a senior (2021).

He earned Academic All-Big Ten in 2019 and was named a Big Ten Distinguished Scholar in the same season.

Kostbade graduated in the spring of 2021 with a bachelor’s of science in biology and a minor in business. He will begin dental school in the fall at the Colorado School of Dental Medicine. He intends to open his own dental practice in the future with a focus in either pediatric or family dentistry.

Since the start of the 2015 academic year, Indiana has produced four recipients of the award. Three of the four have come from the swimming program: Anze Tavcar (Winter, 2017-18), Josie Grote (Winter, 2020-21) and Gary Kostbade (Winter, 2020-21). Olivia Hippensteel (Spring, 2016-17) also earned the distinction from the women’s track team.