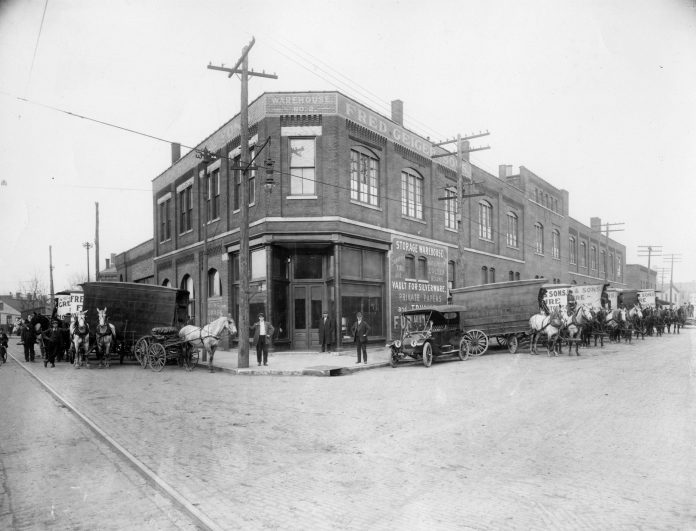 Although the horses and wagons are long gone, this building still stands at 401 NW Second Street, soon to be transformed into a restaurant and apartments.

Built in 1894 for the Marsh-Scantlin Bakery, the photo was taken soon after it was occupied by Fred Geiger & Sons in 1913. Geiger was only eighteen years old when he opened a small furniture business in 1865; on the side, he operated a hauling service, the first of its kind in the city, which eventually replaced the furniture department.

After Geiger’s death in 1917, his son reorganized the firm, which remained in the family until 1945. Now known as Geiger Transfer & Storage, the business has operated continuously since that time.