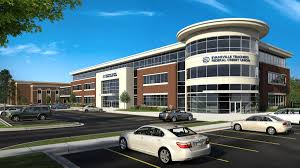 In 2020, Evansville Teachers Federal Credit Union returned $8,215,357 to members through checking accounts alone. This is an increase of 48% over the 2019 total.

ETFCU operates 24 branch offices in Indiana, Kentucky and Tennessee, with four other locations under construction.

Along with Evansville, there are offices in Owensboro (2), Henderson, Princeton, Fort Branch, Vincennes, Mount Vernon, Newburgh and Washington, and have expanded in the past three years into Bowling Green, Louisville and Greater Nashville, putting us up to 24 locations with four more currently under construction.

THE MARCH, 2021 PRINTED EDITION OF THE CITY-COUNTY OBSERVER