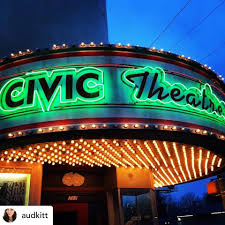 The show kicks of ECT’s plans to step outside of the Fulton Avenue building and make the community its theatre: “Waiting for Godot,” directed by Leo Kempf, will hit the stage at Mt. Vernon’s Riverbend Park Amphitheatre on October 9-11, followed by a visit to Evansville’s Wesselman Park for shows on October 16-21. All shows begin at 6:00 p.m.

The season then will continue in November with “The Man From Earth,” written by Jerome Bixby. The play, which was originally scheduled to be part of last season’s Underground series, will stream directly to you with an online performance in November. ECT then will wrap the half-season with an original Christmas Radio Hour in December. That performance, featuring holiday stories performed by Tri-State residents, will be available to stream beginning in mid-December.

“With the recent pandemic, the Board of Directors and I agreed that it would be in the best interest for the health and safety of our patrons to not hold performances in our building on Fulton Avenue until it is safer to do so,” said Managing Artistic Director Kevin Roach. “That said, we are excited to try something new and fresh, and bring theatre to audiences in ways we never have before, following the lead of many other theatres around the nation.”

Tickets for the half-season are on sale now; individual tickets for all shows are $15. Patrons also may purchase a half-season pass, granting admission to all three productions, for $40. Tickets are available at www.evvcivic.org, or by calling the Box Office.

In addition, Evansville Civic Theatre plans to stream content online throughout the fall – from Talent Tuesday videos performed by artists in the community, to a full production of “The Laramie Project” by Moises Kaufman, which was preparing to hit the stage before the 2019-2020 season was forced to a premature end by the COVID-19 pandemic.

Visit and follow the ECT Facebook page to keep updated on all of the virtual theatre opportunities available through ECT this fall!

“It’s important to keep our community engaged and interested during this time, not only for entertainment purposes but also cultural value; we want to remind the citizens of Evansville that the Arts will not be beaten by this situation,” said Roach. “The way we present theatre may change, but our devotion to enriching people’s lives with the performing arts is strong.”

Waiting for Godot: Two seemingly homeless men wait for someone—or something—named Godot. Vladimir and Estragon wait near a tree, inhabiting a drama spun of their own consciousness; the result is a comical wordplay of poetry, dreamscapes, and nonsense, which has been interpreted as mankind’s inexhaustible search for meaning.

The Man From Earth: After history professor John Oldman unexpectedly resigns from the University, his startled colleagues impulsively invite themselves to his home, pressing him for an explanation. But they’re shocked to hear his reason for premature retirement…