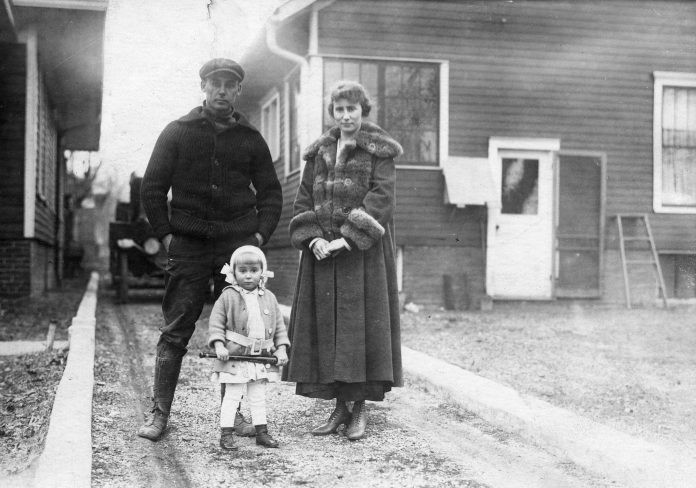 Months after leading the Cincinnati Reds to victory over the Chicago White Sox in the controversial 1919 World Series, baseball legend Edd Roush was photographed at home with his wife and daughter (who is holding a baseball bat) in his native Oakland City. He began his professional career in 1910, playing with his twin brother Fred in the Tri-State before signing with Chicago three years later; in 1916, he was traded to Cincinnati, where he spent most of his career. Roush’s left-handed hitting made him baseball’s highest-paid athlete by 1927, and in 1962, he was inducted into the National Baseball Hall of Fame. After retiring, Roush lived in Oakland City until his death in 1988.

Yesteryear: The D-Patrick Legacy Reaches All The Way Back To 1934