– University of Southern Indiana Baseball finished its season-opening series by dropping a 14-4 decision to Davenport University Saturday afternoon at the Hoover Met Complex in Hoover, Alabama. The Screaming Eagles move their record to 1-2 overall, while the Panthers go to 2-1 after the first weekend.

After a scoreless three frames, Davenport was the first to cross the plate by scoring five times during the top of the fourth. The Panthers were able to score five times on three hits, chasing the USI sophomore starting right-hander Garrett Welch, who took the loss in his 2020 debut.

The Eagles bounced back in the bottom half of the inning, posting a four-spot to cut the deficit to 5-4. USI senior first baseman Adam North put the Eagles on the scoreboard with an RBI-single to plate senior rightfielder Manny Lopez.

USI got another run back one batter later when senior shortstop Kobe Stephens knocked in junior second baseman Ethan Hunter with an RBI-single to left to make the score 5-2. Sophomore leftfielder Austin Moody drew the Eagles to within one, 5-4, with a two-run single to score North and Stephens and cap off the fourth-inning rally.

The 5-4 score would be as close as the Eagles would come the rest of the game as the Panthers scored three in sixth to regain command before sealing their victory with five in the seventh and one in the ninth in the 14-4 final.

Freshman centerfielder Steven Molinet led the Eagles at the plate with a pair of hits, while Moody had a team-best two RBI. On the mound, the Eagles allowed 14 runs, seven earned, on 11 hits, while five hurlers combined for six strikeouts.

Up Next for the Eagles:
The Eagles begin the 2020 home schedule at the USI Baseball Field next week when they host Trevecca Nazarene University for a three-game set. USI and Trevecca have a 2 p.m. single game scheduled for Friday and a 1 p.m. doubleheader slated for Saturday.

USI has a 4-3 all-time series lead over Trevecca after taking splitting a pair games with the Trojans last spring in Nashville, Tennessee. The Eagles took the first game in 16 innings, 3-2, behind 4.2 innings for relief work by senior right-hander Paul Perez and a RBI sacrifice fly by junior outfielder Bryce Krizan in the final frame, but drop a 4-3 decision the next day. 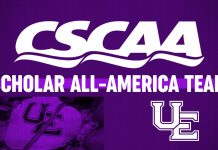