25th-ranked University of Southern Indiana Men’s Basketball rallied from a 21-point deficit, but it was not enough as it fell to Rockhurst University, 81-70, Friday afternoon at Screaming Eagles Arena. USI starts the season 0-1, while Rockhurst begins 1-0.

The Screaming Eagles spotted the Hawks large leads in the opening 15 minutes of the game, falling behind 11-0 in the first two minutes and trailed by as many as 21 points, 38-17, before 14 minutes were gone in the half. USI junior guard Jelani Simmons sparked a 26-7 surge for USI in the final six minutes before halftime by scoring 15 of his 21 first half points to drag the Eagles to within two by the intermission, 45-43.

In the second half, the Eagles added to the rally from the end of the opening stanza (30-9) when sophomore guard Chance Coyle knotted up the score, 47-47, with a pair of free throws with 18:48 left. The Hawks quickly regained the lead, re-extending the margin to seven points, 56-49, with 14:34 remaining and never looked back.

Rockhurst pushed the lead to as many as 13 points in the final eight minutes, 68-55, before closing out its 81-70 victory. USI shrunk the deficit to seven points twice in the last five minutes, but could not get over the top in experiencing the loss.

Simmons finished his explosive USI debut by adding five second-half points and finished with a game-high 26. The junior guard was eight-of-19 from the field, six-of-12 from beyond the arc, and four-of-six from the stripe.

Senior forwards Josh Price and Emmanuel Little followed with 15 points each. Price, who also capped off a double-double with a game-high 11 rebounds, was six-of-17 from the field and three-of-four from the line, while Little was five-of-15 from the field, one-of-two from long range, and four-of-seven from the free throw line.

USI continues its season-opening five-game homestand Sunday when it hosts William Jewell College at 3:15 p.m. The Cardinals, who opens their schedule tonight when it visits the University of Indianapolis, was 10-18 overall a year ago, placing 14th in the GLVC with a 5-15 league mark.

The Eagles lead the all-time series with the Cardinals, 7-1, after winning the only match-up a year ago, 76-60, in Liberty, Missouri. Senior guard Mateo Rivera led the way with 14 points in the victory. 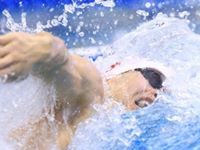