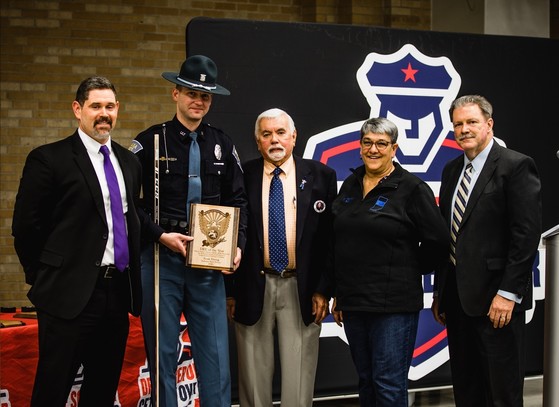 Now in its sixth year, the awards program was created by the agency to recognize the contributions made by Indiana’s DREs. In total, ICJI presented 18 longevity awards for years of service, two leadership awards for going above and beyond, and two emeritus awards for contributions made in retirement. Awards were also presented to one officer based on the number of evaluations conducted and to Louisiana-based J.O. Jones Consulting, LLC, for its support of the program.

“Drug recognition experts are critical to taking impaired drivers off the road,” said Devon McDonald, ICJI Executive Director. “Their efforts have saved countless lives, and it was an honor to recognize their service and commitment to public safety.”

Every year, two leadership awards are presented to one officer and one instructor. Formerly known as the DRE Officer of the Year and DRE Instructor of the Year, the awards were renamed in 2017 in honor of fallen DRE officers: Indianapolis Metropolitan Police Department Officer David Moore, who was killed in the line of duty in 2011, and Indiana State Police Lieutenant Gary Dudley, who was struck and killed while participating in a charity bike ride for the Indiana chapter of Concerns of Police Survivors in 2006. 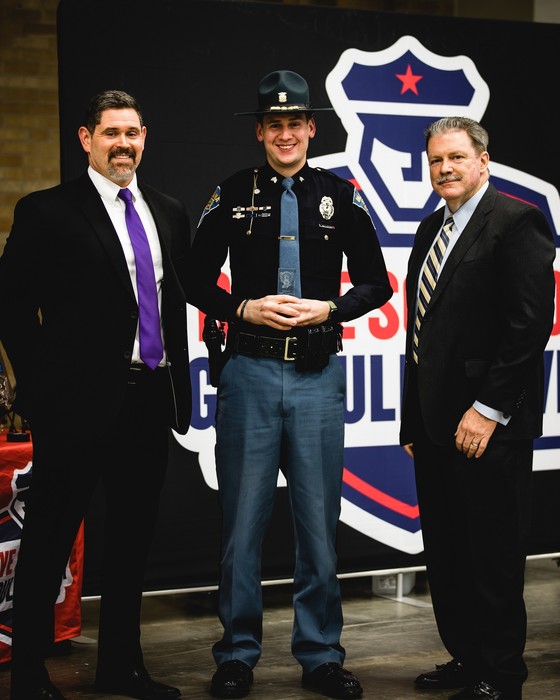 Ewing completed his DRE certification in 2019, and although relatively new to the program, for the past two years, he has conducted the most DRE evaluations out of any officer in the state – 35 in 2020. This honor adds to the growing list of awards Ewing has received over the past couple of years including the Jasper District Trooper of the Year, Jasper District’s Top OWI Trooper, and the Life Saving Award.

“Our drug recognition experts and instructors are some of the most committed officers in the state,” said Robert Duckworth, ICJI Traffic Safety Director. “They have devoted their entire careers to stopping impaired driving and have acquired the skills and training in order to do so.”

The Lt. Gary Dudley DRE Instructor of the Year Award was presented to Officer Michael Wittl with the Avon Police Department. Witt began his career with the department after graduating from the Indiana Law Enforcement Academy in 2003. He completed his DRE certification in 2007 and became an instructor the following year. Wittl assumed the duties of Assistant State Coordinator in 2017.

Last year, Wittl was responsible for managing two DRE courses and their accompanying field certifications. In addition, he managed two Standard Field Sobriety Testing Instructor Development courses and instructed numerous Advanced Roadside Impaired Driving Enforcement courses. He received the award this year, not only for those efforts but also for his devotion to public safety and mentoring DRE officers statewide.

Indiana DRE Program Coordinator Marshall Depew commended the award recipients. He said the program was created in 1988 in Indiana to enhance enforcement effectiveness and that there are approximately 200 DRE-certified officers in the state.

“DREs represent some of the best and brightest of Indiana’s law enforcement community,” Depew said. “They are a true testament to the program and are out there every day working to save lives and keep dangerous drivers off the road.”

The 2021 award recipients were recognized at a ceremony recently held in the Youth Pavilion at the Indiana State Fairgrounds.

Photos from the event can be found by clicking here.

Todd Rokita’s Quarrel With The GOP–And Himself