Ellis paddock analyst Megan Devine is staging a Ladies Handicapping Seminar — men are welcome, but encouraged to come with a female — beginning at 10:30 a.m. Central Monday in the open-air beer garden near the paddock. The closing-day program also is Fan Appreciation Day, with drawings for prizes after each race.

Ellis long has produced high-quality horses out of its 2-year-old program, but the expectations were even more so this year with the enhanced purses. At that was on display in Saturday’s opening-day card at Kentucky Downs.

Horses whose last start was at Ellis won four of 10 races, with three seconds and three thirds. Horses coming out of Ellis Park maiden races finished 1-2 in the $350,000 Kentucky Downs Juvenile, with All Right — a good second in his debut at Ellis — winning at 44-1 by a neck over Parlor, a winner at the Pea Patch in his only prior start. Caroline Test, who won her debut and then was an excellent second in the Ellis Park Juvenile against boys, finished second in the $350,000 Exacta Systems Juvenile Fillies won by the highly-regarded Lull.

MacCorleot, second in an off-turf maiden race, captured a $130,000 maiden race at Kentucky Downs. Linda, an Ellis Park maiden winner, won right back in a $140,000 allowance, while Sugar Cubeand Bandi’s Gal again were the exacta in a starter-allowance

Eagles rally to get back on track 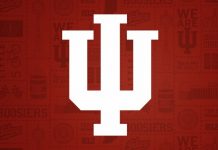