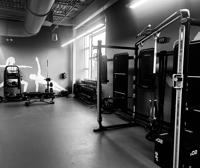 Modern bodybuilding can date back to over 130 years ago when a frail Prussian boy from Konigsberg traveled to Italy. The boy was so inspired by the statues of the Greeks and Romans that he returned home and begin training.

For years, the boy trained not only his body but his mind as well. He studied anatomy, learned how the body functioned, and created movements for each body part. The boy would return to Italy over the years, measuring the statues and doing his best to mimic the dimensions.

The boy would go on to achieve global recognition for his efforts and is known today as the Father of Modern Bodybuilding. Before Eugen Sandow traveled to Italy at age 10, many believed that the physiques of the statues were impossible to achieve. After seeing what was possible, Sandow would inspire millions to pursue what is now known as bodybuilding.

Today the fitness industry is larger than it’s ever been. Millions of fitness enthusiasts put the time and effort into meeting their goals. Some goals are as simple as losing a few pounds of fat or gaining a few pounds of muscle. Others look to build the perfect body with perfect measurements and symmetry.
But how far are people willing to go to build this perfect body? And how far should they go?
“I was always the smallest kid in my grade growing up by height and weight. [I] got started in PE class and loved the thought of me gaining muscle to boost my confidence,” said Caleb Soliday, a user of performance-enhancing drugs (PETs).
Soliday took off with lifting and looked up fitness influencers. His journey started as a 5-foot freshman weighing 93 pounds. Now almost a foot taller and 100 pounds heavier, Soliday’s life has changed through weightlifting.
Sometimes, to look like your idols, you must take drastic measures. To some extent, pushing yourself further than anyone else is an admirable quality. However, going to the next level isn’t always as easy as training harder and eating better.
“I’ve taken SARMS a few times, lgs4033 twice, Rad140, and ostarine” Soliday said.
Lgs4033, Rad140, and ostarine refer to a few of the many SARMs available to consumers. Though they each have their own properties, their main goal is to help the user build muscle and lose fat.

Considered to be an alternative to anabolic steroids, selective androgen receptor modulators, commonly known as SARMs, are orally digestible compounds shown to help build muscle quickly, lose fat and increase athletic performance. SARMs have been used in clinical trials as a possible treatment to cancer, sexual dysfunction, osteoporosis, Alzheimer’s disease, and others as well.

Each SARM compound possesses its own chemical compound that affects muscle and bone structure differently. Synthetic compounds were discovered in the 1990s and have seen a surge in popularity in the last five years.

In 2007, the Food and Drug Administration discouraged the use of SARMs for bodybuilding as well as any dietary supplement that contained SARMs. Though also banned by the World Anti-Doping Agency, they can still legally be sold, the loophole being that the SARMs can’t be sold in capsule form or advertised for human consumption. This makes SARMs extremely easy to buy online or even in stores.
A study conducted by the William Carey University School of Pharmacy has shown that customers may not be getting what they pay for. Of the 44 SARMs products analyzed, only 52% contained the correct chemical compound. Thirty-nine percent of the products contained an additional drug, and 9% contained no chemical compound whatsoever. Only 41% of the products contained the dosages.
Consequently, the lack of regulations over SARMs concerns many. SARMs are shown to have damaging effects on liver function and cholesterol levels. They may also artificially lower testosterone. Most effects of SARMs, both short and long term, remain unknown. Many of those taking SARMs use them at a higher dosage than those used in clinical trials.
The effects of anabolic steroids are much more well known compared to SARMs; this does not make them a safer alternative.
Steroids used without a prescription are anywhere from 10 to 100 times greater a dosage. One of the most common side effects of usage is aggression, commonly referred to as “roid rage.” More effects include decreased sperm count, acne, increased risk of heart disease, liver tumors, enlarged prostate, and impotence. Pre-teens and teenagers have the added risk of bone maturation, permanently stunting their growth.
Many clinical tests have been conducted with anabolic steroids. The short- and long-term effects are known, with a substantial amount of evidence dating back to the 1940s. SARMs are much different. Since 2020, only four out of the 120 SARMs available have been clinically tested on humans. Professionals are aware of some short-term but have no indication of how they might affect the body long term. With SARMs were discovered in the late 1990s. There is no telling what the long-term damage could be.
“You see that at the gym, too. We’ve got 15- and 16-year-olds who are just absolutely shredded,” said Josh Robbins, a former PED user.
Robbins, a weight room manager for his local YMCA, watches people come into the gym on a regular basis. Though he doesn’t advocate for people not to use anabolic agents, he encourages them to be of age and be aware of what they’re getting into.

“I can tell just by looking at the acne that it’s a cheaper testosterone,” Robbins said. “I see testosterone, and I see it being a little misused. I also do see a lot of PCT involved.”

Post-cycle therapy, more commonly known as PCT, is used to minimize the negative side effects of taking steroids. PCT is essential for allowing natural testosterone levels to bounce back to their base level. Though access to SARMs is as simple as buying it from the right supplement store, PCT can be difficult to obtain. Failure to do so results in natural testosterone levels being destroyed or being put on hormone replacement therapy (HRT).
One of the most talked-about side effects of SARMs is causing users to go on HRT after their cycle. SARMs and steroids can shut down natural hormone levels, causing unwanted side effects such as the reduction of bone mass and muscle mass and low sex drive. Users may also see an increase in body fat, a decrease in overall energy, and hair loss.
Overuse of steroids and SARMs also leads to dependency. This addiction is both mental and physical, as getting off steroids causes users depression, anxiety, loss of muscle mass and more.
Many bodybuilders who are open about steroid use have warned people against using SARMs and steroids. One of the biggest discouragers is a large amount of deaths due to steroid use. In 2021, there were deaths of 15 professional bodybuilders as well as high-ranking amateurs. The oldest person on the list was 55 while the youngest was 26.
“Obviously, I think it crosses everyone’s mind that goes to the gym,” said Hayden Stout, a personal trainer with a background in exercise science.
Stout cites Rich Piana, a bodybuilder known for his openness on steroids, as being one of his biggest inspirations for lifting.
“I think it made me want to do it less with how open they were about it,” Stout said. “You’d read stuff on Google. Oh, it’s bad for you. How do you know? These people that I follow will show you it’s a hard life.”
Though steroid usage in the fitness community is more accepted now, there was a time when being open about it meant being ostracized. Fitness influencers like Piana were some of the pioneers of being open about PEDs. Though he was seen as a controversial figure and black sheep of the fitness industry, he remained open to the benefits and detriments of steroids. Piana died in 2017; an autopsy revealed his heart and liver to be twice the size that of a normal human.
Fitness influencers possess the power to reach large numbers of people through platforms like TikTok, Instagram, Snapchat, and more. Like all information, steroid use can be used to fit a narrative that’s only half truth. With the acceptance of steroids, some influencers have glorified the use of performance-enhancing drugs,noften showing the many benefits of steroids while sweeping the negative side effects under the rug.
“Especially on TikTok, a lot of people are saying test and tren and the milligrams they’re running. But my opinion on that is, until you know everything is maxed out naturally in your body and you feel the need to enhance yourself to that extended level, then yeah, go for it,” said Alex Hughes, a social media influencer.
Hughes found his passion for the gym on his journey toward losing weight. It didn’t stop there. He wanted to help others reach their goals and began posting on Instagram and TikTok. After time in the gym and on social media, Hughes has seen an increasing number of teenagers looking for shortcuts to success.
“You see 18-year-olds that are just built like Greek gods that claim to be natural but might not be natural. I know there are plenty of high-schoolers that come to my gym that are running stuff like SARMs” said Keaton Atchley, a competitive bodybuilder.
Atchley, a veteran in the gym, has been lifting since his days as a high schooler. What started off as a healthy way to help him put on weight turned into a lifestyle.

“A lot of it is because they’re still in sports and they want that competitive edge. A lot of them have the same reason for lifting as I did, they were tired of being small or fat and they wanted to get big. There always can be a shortcut.”

Although bodybuilders may never be as big naturally as they would be on PEDs, a solid five years of groundwork may be required before their peak natural physique will show. People hopping on steroids prematurely put themselves at a higher risk of negative effects from steroids and SARMs. They may also risk using much more than needed, causing even more damage to vital organs.

FOOTNOTE: Luke Stuart recently graduated from Franklin College’s Pulliam School of Journalism. This report on a new wave of young steroid users was completed as part of his senior project.