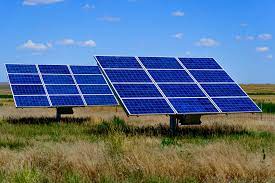 Farmers and landowners across the Tri-State are excited this year at the prospect of having yet another year that becomes a bumper crop this coming fall at harvest time. Farmers and landowners are at the mercy of Mother Nature and the commodity markets and both of these drivers of prosperity or famine are not the most reliable or predictable things on earth. With prices for the principal crops in the region rising to short-term highs things are looking good. Today is a great time to look at just what one can do with an acre of land in Southwest Indiana, Southern Illinois, and Western Kentucky where prime farmland now fetches over $10,000 an acre.

Before delving into the modern world of land management, it is worth mentioning that land has been used for transportation and energy since the dawn of civilization.  It takes approximately two acres of pasture land to support one horse with enough “fuel” to provide and sustain transportation for a year. When horses ceased to be used for transportation land was repurposed for modern agriculture thus making the land more valuable. After all, spending $20,000 for a place to fuel and sustain a horse seems a bit much.

There are many crops that can be grown in the Tri-State but most large parcels are used for either corn or soybeans. A skilled farmer can expect to yield about 200 bushels of corn per acre that is selling today on the futures market for $5.50, which means an acre will generate about $1,100 of revenue for the farmer.  For soybeans, the yield is more like 60 bushels per acre but soybeans command $14 per bushel and produce revenue of $840 per acre.  Both of these prices are up from previous years leading to increased land prices and money in the pockets of both farmers and landowners.

Landowners who do not farm can expect to be able to rent large parcels of prime farmland for between $200 and $300 per acre depending on the quality of the soil and the ease of farming it.  Last year was a good year for all and 2021 is expected to be as well.

Renewable Energy as a Crop

Farmers have been taking advantage of alternative fuels for years in the form of ethanol. The only purpose for selling a crop to manufacturers of ethanol is to see it used as a fuel in internal combustion engines. With the broad acceptance of renewable energy such as PV (photovoltaic) Solar or Wind Turbines, the output becomes electricity that can be sold at the grid level for significant revenue.

According to GreenCoast, a PV Solar installation can be expected to generate 357,000-kilowatt-hours per year of electricity. At a rate of 5 cents per KWhr, a PV Solar farm will generate electricity that will sell into the wholesale power markets for $17,850 per acre. At 15 cents per kWh the revenue increases to $53,550 per year.  Crops do not approach this kind of revenue.  To install a grid level Solar Farm rated at 1 MW requires about 5 acres according to the National Renewable Energy Lab (NREL). An equivalent Wind Farm according to the same NREL report requires more like 85 acres but wind farms do make multiple uses possible.

While it is true that when the sun goes down and the wind does not blow these devices produce nothing but the predictability and reliability of the output is favorable to crop farming. PV Solar is predictable to within less than 5% in most locations over time.

Renewable energy farms offer farmers and landowners an alternative to traditional farming and in many cases, the crop of electrons is more lucrative.  People do need food and so do the animals we eat. Farming for food will always be something that is needed.  With modern agricultural techniques, yields are higher than ever and soil does get depleted.  Renewable energy is a real viable alternative to crop farming for landowners and it may just make the land value increase just like discarding the horse as the primary form of transportation did a century ago.