Home Community News Commentary: Merging Economic Development is the Right Thing to Do 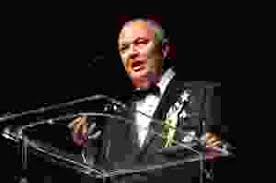 Merging Economic Development is the Right Thing to Do

The recent announcement that the Coalition for Economic Development, the Chamber of Commerce for Southwest Indiana and the Growth Alliance for Greater Evansville is a welcome merger that will provide regional actions to focus the growth and elevation of the entire region.

I was the founding CEO of the Growth Alliance for Greater Evansville that was formed along with the Coalition that was headed by Greg Wathen in 2007.  My good friend Greg has been the only CEO of any of the organizations to have served continuously. GAGE and the Chamber have both had multiple CEOs over the last 12 years with all of them including myself moving on to bigger and better things. This merger is an opportunity to choose the right leader and compensate them in a way that the revolving door of leadership is ended.

The Innovation Pointe Building in downtown Evansville was also opened that same year with all three of these organizations plus the Indiana Economic Development Corporation and the Workforce Development team all under the same roof. In the beginning we all understood that regionalism and cooperation for the greater good was the optimal way to foster positive economic growth. It worked fluidly in the early days and much progress was made.  The vision of regional unity was physically established but the organizational structure was never put into place. All of the organizations played a vital role yet clung to their independence at the board level like a dog guards a bone. Politics interfered with unity and focus.

I recently wrote an article called The Virus of the Century is the Opportunity of the Century that has been published in several venues in California. My premise was that the hardships and re-evaluations that people and organizations have endured due to the COVID19 epidemic, have exposed both the glaring and subtle weaknesses that blunt the pursuit of excellence.  With those weaknesses identified for all to see, corrections can be made to emerge from the ashes of the pandemic stronger, wiser and better.  This merger is the manifestation of taking the bull by the horns to actualize the opportunity of the century in the Greater Evansville region.

Economies of Scale: The first opportunity of the century is to consolidate executive management first by building an organization around one Chief Executive Officer as opposed to three.  In today’s competitive world for executive leadership, this move alone can save a significant amount of taxpayer dollars that can be redeployed into tactical activities. Similar economies of scale can be created in departments like finance, marketing and operations leaving more potential for programmatic investments.

Focusing the Mission: Merging these worthy organizations will offer the opportunity for the region to maintain a regional focus on efforts to improve the economy whether it is through fostering entrepreneurship, attracting businesses to the region, influencing business friendly legislation, or even promoting education and lifestyle enhancing activities under a single umbrella. It will also enable the elimination of redundant board meetings as many of the same people populated the three boards.  Finally, with the private business support that the Chamber of Commerce of SW Indiana has spent years putting into place, economic development efforts may be liberated from the heavy handed and often misguided ambitions of elected officials that also seem to change frequently.

The New Path to Prosperity: With the advent of remote working and the acceptance of telecommuting by the coastal enclaves of excellence, regions like Greater Evansville that have affordable housing, shorter commutes, and a more relaxed lifestyle can upgrade their workforces by attracting telecommuters.  This attraction has the potential to elevate the capabilities of the local workforce, increase the earnings power and dare I say, minimize carbon emissions by substantially eliminating commuting. This is a prosperity where the people who choose to relocate will become better and make Greater Evansville better just by their presence.

As a member of the founding team for unity in economic development, I applaud and congratulate the decision to merge the economic development entities of the Greater Evansville region.  I wish all of my friends and former neighbors good fortune and prosperity in emerging from the pandemic stronger and better.  It is your time as a region and our time as a nation to move forward boldly to a better future.