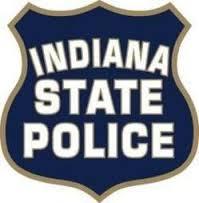 Yesterday evening, a California man was arrested for dealing approximately 13 pounds of marijuana.

Tuesday, at approximately 4:31 P.M., Trooper Casey Boeckman was working the Pike County area of I-69.  Trooper Boeckman initiated a traffic stop on a Black 2020 Nissan Altima for speeding.  When Trooper Boeckman spoke to the driver, he detected the strong odor of raw marijuana coming from inside of the vehicle.  Trooper Boeckman called for another police officer to come assist him.  Trooper Stein, Trooper Manning and Pike County Sheriff’s Department arrived on scene.  A search of the vehicle produced approximately 13 pounds of suspected marijuana in the back seat and the trunk.  The suspected marijuana was collected.  Ward was transported to the Pike County jail where he is being held without bond.  The female driver took possession of vehicle.

Neglect of a Dependent arrest