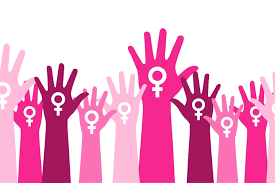 Despite criticism, bills about women’s reproductive rights advance in second half of session

Although the bills received a lot of support and opposition, they all succeeded in their respective chambers and will move one step closer to becoming law.

Organizations such as the American Civil Liberties Union (ACLU) oppose some of the bills, arguing they could add extra steps for women to get an abortion.

“Reproductive health care, including abortion, should be safe and available to those who need it and not restricted by certain politicians who want to ban abortions,” the ACLU said in a statement.

Groups like the ACLU argue some of the bills could be unconstitutional and go against the U.S. Supreme Court decision Roe v. Wade, which prohibits the government from creating laws that add more restrictions to the access of a safe abortion.

Learn more about the details behind the bills below:

Authored by Rep. Peggy Mayfield, R-Martinsville, HB 1577 focuses on the distribution of health-related services and information about abortion for women. It allows mental health providers to deny their services to a woman who is seeking an abortion if it goes against their ethical, moral or religious beliefs.

“The lives of the babies and the mothers, and much of this bill, is an extension or an expansion of common-sense extensions of previous laws. There is no new territory in this bill that has not been discussed before,” Mayfield said.

The bill also specifies that an abortion-inducing drug cannot be distributed, prescribed or given to women who are more than eight weeks pregnant and, if the drug is given, it has to be consumed in front of a physician. The physician is required to explain the possibility of patients reversing the abortion pill in certain circumstances. HB 1577 will prohibit distributing information via telemedicine that is intended for abortion.

Additionally, the bill will require clinics to provide an ultrasound image of the fetus for both the woman to keep and for the patient’s file. If a clinic fails to include the ultrasound in the pregnant woman patient’s file, they’re at risk of losing their annual license.

The debate on HB 1577 will continue on the Senate floor as organizations and physicians support and oppose the bill. The American Association of Pro-Life Obstetricians and Gynecologists supports the idea of requiring clinics to inform women who are getting an abortion that there’s the possibility of reversing the effects of the abortion pill.

But doctors such as Caitily Bernard, an assistant professor of clinical obstetrics and gynecology who testified against the bill during the House hearing, said HB 1577 is unethical because it provides “untrue and potentially dangerous information” to patients.

HB 1309, authored by Rep. Karen Engleman, R-Georgetown, advances for a first reading at the Senate floor and defines the process of how workplace accommodations for pregnant women will work. The bill says employees must listen to a request for accommodation by a pregnant employee; however, the employer is not obligated to act upon that request. At the same time, the pregnant employee will not be at risk of being disciplined or fired for asking for accommodations.

Republican Gov. Eric Holcomb will push this bill once again after it failed last year. He has highlighted the benefits of allowing female employees to take a brief leave rather than letting them go and training new people.

According to the National Partnership for Women and Families, neighboring states such as Kentucky and Illinois must provide “reasonable accommodations” for their pregnant female employees.

Senate Bill 10, authored by Sen. Jean Leising, R-Oldenburg, explores the usage of a maternal mortality committee review. This bill would release patient’s mental health records, without their consent, to the statewide maternal mortality review committee. The committee will use the records to determine if an abortion was performed on the individual and if that resulted in maternal mortality.