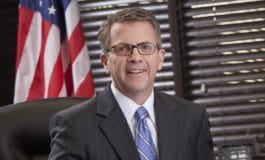 Evansville, IN: “Battle of the Fans: COVID-19 College Challenge” begins this week as part of the local effort to raise $6 million for the COVID-19 Crisis Response Fund for the Greater Evansville Region. The Fund is designed to assist with relief, recovery, and restoration in Gibson, Posey, Spencer, Vanderburgh, and Warrick counties. 31 non-profit agencies have already received grants, and other area not-for-profits from the human services sector are encouraged to apply at www.unitedwayswi.org/nonprofit-applications.

“Battle of the Fans” will pit the fan bases of 14 colleges and universities with a significant presence in Southwestern Indiana against each other for a fun and competitive fundraising effort. Fans of each university will start on an even playing field at zero dollars apiece.

“Battle of the Fans” kicks off on Wednesday, May 27, and ends on Friday, June 19. Each Friday will signify the end of a quarter, as in football. There is a countdown clock on the “Battle of the Fans” website (www.Battleofthefans.us). Over the next four weeks, fans can contribute on behalf of their favorite university to put them ahead in the standings. “We hope this friendly competition will fill the void of a sports-less summer and inspire passionate university fan base support to make contributions to a worthy cause,” said Ben Trockman, Commissioner of the “Battle of the Fans”.

There is no specific fundraising goal for the challenge, but prior efforts have raised over $4.9 million for the overall effort, led by Old National Bank’s retired chief executive officer, Bob Jones.  The United Way of Southwestern Indiana is serving as the response fund’s fiscal sponsor, but donations are not part of the United Way’s annual campaign. Carl Chapman, former chairman, president, and chief executive officer of Vectren, is chairing the fund’s advisory committee.

The official Press Event for the “Battle of the Fans” will take place on Wednesday, May 27th, 2020 at 2:30 p.m. through WebEx, led by Mayor Lloyd Winnecke. The event link is available upon request through the Mayor’s office.

FOOTNOTE: The Covid-19 Crisis Response Fund of the Greater Evansville Area is an organized and collaborative community effort to support 501(c) (3) organizations in our community during the Covid-19 pandemic and beyond. In response to the Covid-19 crisis, funding partners established a cross-sector, community-wide Response Fund, primarily Gibson, Posey, Spencer, Vanderburgh, and Warrick Counties. This response is designed to serve the community through the relief, recovery, and restoration. Visit CovidResponseFund.com to do what you can.

Marijuana Dealers from Virginia Arrested on I-64