Brown to continue as Men’s and Women’s Diving Coach

University of Evansville Senior Associate Athletic Director for Internal Operations/SWA Sarah Solinsky has announced that Andy Brown will assume the position of Director of Compliance and Student-Athlete Services.

“We are pleased to announce Andy’s promotion as our new Director of Compliance and Student-Athlete Services,” Solinsky said.  “His passion to serve the needs of our student-athletes and assist our coaches and staff are evident each day.  I look forward to working with Andy in his new role and his development as an athletics administrator.”

“I would like to thank the AD Mark Spencer, and the SWA Sarah Solinsky for this opportunity.  I feel that this is a great opportunity to transition into the Administration side of athletics where I can further my career in Athletic Administration,” Brown exclaimed.  “I look forward to working with all of the UE athletes and Coaches in this new role of Director of Compliance and Student-Athlete Services. Go Aces!”

Since his arrival back in Evansville, Brown has volunteered to assist the compliance and student-athlete services office.  In the pool, he has directed his student-athletes to new heights.  His work with former diver Courtney Coverdale resulted in two appearances at the NCAA Diving Zones and he was named the 2017 Missouri Valley Conference Diving Coach of the Year for his efforts. 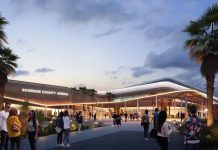