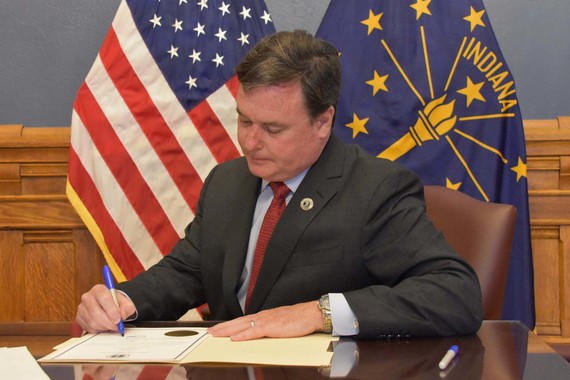 Attorney General Todd Rokita has won the dismissal of a lawsuit challenging an Indiana law requiring physicians, hospitals, and abortion clinics to report 25 listed abortion complications to the Indiana Department of Health.

“We are making strong and steady progress in protecting women’s health and safeguarding unborn children,” Attorney General Rokita said. “Day by day, we are building a culture that respects the lives and well-being of all Hoosiers.”

Planned Parenthood’s patients historically have been able to choose from two different methods of first-trimester abortion — chemical (medication) abortion and surgical abortion by aspiration (suction). Both methods have caused serious complications at times.

In some cases, both methods of abortion have even resulted in women’s deaths.

“The legislature had a legitimate concern that researchers have insufficient data available to study the safety of abortion,” Attorney General Rokita said. “This law advances the causes of compassion, common sense, medical science, and public health.”

Previously, Indiana also won a final judgment on another aspect of the same lawsuit — a challenge to the state’s requirement for annual inspections of abortion clinics.

“I am grateful to our team for their persistence over many years in defending good laws protecting the sanctity of life and the health of women,” Attorney General Rokita said. “We will keep pressing onward in this important work.”