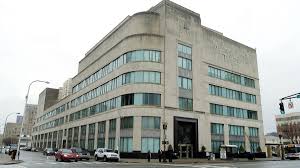 The Courier Journal’s printing and packaging facility in downtown Louisville will close permanently in March, its parent company announced Wednesday.

Production operations, including printing of the 151-year-old newspaper, will be split between facilities in Indianapolis and Knoxville, Tennessee, according to officials with Gannett, which owns The Courier Journal as well as the USA TODAY Network with more than 260 newsrooms.

Newspaper delivery is not expected to be impacted, company officials said. The Courier Journal’s advertising and news teams will remain in Louisville.

“Our commitment to covering the Louisville area and the issues that impact our community is unwavering,” Senior Editor Veda Morgan said. “We have the largest newsroom in Kentucky, and we will continue to report the news as it happens, ask the tough questions and bring readers meaningful stories in the newspaper and on courierjournal.com.”

The closure of the facility will result in the loss of 102 jobs. The affected employees work in the pressroom, mailroom and transportation at The Courier Journal’s building at Sixth and Broadway.

A small group of affected employees will stay on temporarily to help move equipment, remove the press and clean the production area.

All of the workers are being offered resume and job search assistance and may apply for positions within the company.

“This is a difficult day, and we hurt for the members of The Courier Journal who are losing their jobs,” Morgan said.

The March 8 edition of the newspaper is to be the last printed in Louisville before production operations move to the Gannett-owned Indianapolis Star and Knoxville News Sentinel.

The facility’s closure will bring savings while the company continues to focus on local journalism, Gannett officials said. The company, the largest newspaper chain in the nation following a $1.1 billion merger with New Media Investment Group in 2019, has looked to shed costs as it adjusts to the digital age and seeks to pay off debt.

The consolidation of production operations has been a common way to save money in the industry as advertising revenue shrinks. In October, for instance, the nonprofit-owned Philadelphia Inquirer announced it would close its printing plant in Montgomery County, Pennsylvania, and shift production to a New Jersey contractor to help ensure the media company’s survival, but at the cost of 500 jobs.

Similar moves have involved the presses in Louisville, which have been used to print The Lexington Herald-Leader and the Gannett-owned Cincinnati Enquirer, among other newspapers.

The presses, imported from Germany, were hailed for their speed and capacity when they went into operation in 2004 following an $85 million investment by Gannett. The three presses were considered state of the art — they allowed more use of color and were twice as fast as the previous presses, which dated to the 1940s.